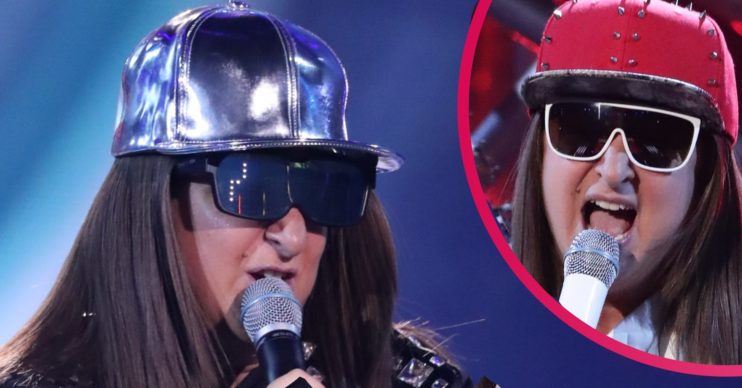 The rapper has taken up triathlon training since lockdown

Taking to Twitter, the rapper has shared a new picture of herself and she looks unrecognisable.

Having finished fifth on the X Factor a few years ago, @The_Honey_G is now swapping her signature sunglasses for swimming goggles and entering the world of #triathlon.🏊‍♀️🚴‍♂️🏃‍♀️

Find out more about her triathlon story.https://t.co/P7VVmVmBqc

Wearing a short-sleeved wet suit, Honey G can be seen standing in a field with her hands on her hips.

The X Factor star, 39,  is wearing her trademark baseball cap and sunglasses in the snap.

Writing alongside it, she told her 44,800 followers: “Just completed my 2nd Aquathon @UK_ATW @BritTri.”

Honey G has taken up all three triathlon sports – running, swimming and cycling – separately over the past year.

She began with running and would rack up 10km several times a week during lockdown.

Honey – who windsurfed as a child – then turned to cycling, before recently getting into open-water swimming.

Speaking about her first competitive event, an Aquathlon, Honey G told British Triathlon: “I panicked a bit in the water and thought I’d struggle to get round at one point but made it through and was soon thirsty for more open water swimming.

“I’m now swimming in the lake twice-a-week as well as the work I do in the gym and have just completed the second ‘Non-Sweet Caroline Aquathon’ and signed up to a triathlon later in the year.”

When was Honey G on The X Factor?

Honey made it all the way to the X Factor live shows back in 2016. She eventually finished the series in fifth place.

In her first audition, Honey G performed Missy Elliott’s Work It and described herself as a “genuine urban artist”.

But during her time on the show, Honey G was often accused of being a fake. Even judge Nicole Scherzinger branded her a “novelty act”.

After being booted off The X Factor, Honey G was  signed by Simon Cowell’s record label Syco, however her solo music career never took off.

Her debut single The Honey G show peaked at 149 in the singles chart.

Meanwhile, Honey hit the headlines in 2017 after stripping off for a naked photo shoot and confirming she is a lesbian.

She told The Sun: “My security says to me, ‘If there’s any girls that I like at the gig to invite them into my enclosure’. So I just say to them, ‘Can you get that one, bring that one in?’”

But she added: “I haven’t met anyone that way yet. Mainly because a lot of the gigs that I do are straight gigs. So it’s hard that way.”