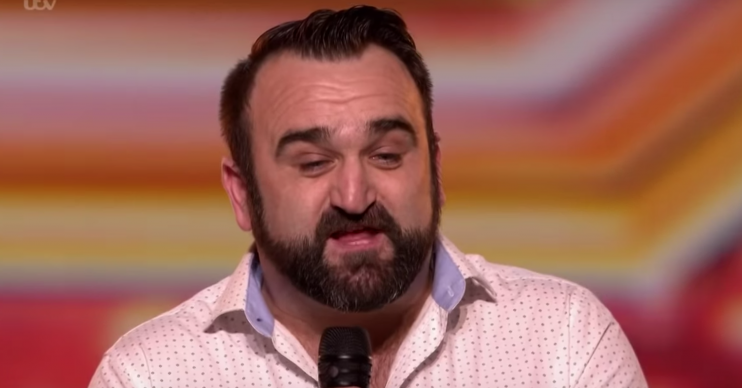 Judge called him a "highly predatory and manipulative individual"

The 39-year-old singer – who competed on the 15th series of the ITV talent show in 2018 – appeared at Bradford Crown Court on Friday after pleading guilty to inducing five boys between the ages of 15 and 16 to send him indecent images in exchange for money.

Tetley’s nine-year sentence is part of an extended 17-year term, which means he will be closely monitored on licence for eight years after his release from prison.

Delivering his verdict, Judge Jonathan Durham Hall QC said: “This has been most distressing for the victims.

“The press are here in force for the extent of gravity of the case, the number of child victims. Your celebrity is now gone, tarnished and destroyed.”

The judge also said Tetley “exploited” his X Factor status, and described him as a “highly predatory and manipulative individual”.

Your celebrity is now gone, tarnished and destroyed.

He added: “You abused that status to satisfy your perverted sexual needs.”

Before sentencing, the defence claimed Tetley was bullied at school because of his “facial disability”, which followed 14 operations for a cleft palate when he was a child, and his sexuality.

Andrew Dallas said: “He was bullied at school for his facial disability and his sexual orientation, as he got older. He left school at the age of 15 without any academic qualifications. He eventually came out as gay around the age of 18.

“He discovered he had one talent. That is that he could sing. After leaving school he sought to make a living as a singer, working men’s clubs and working to singing his way on to Pop Idol and a whiff of the enticing aroma of showbusiness and the celebrity world.”

The defence also added Tetley was a “chronic user” of cocaine in his 20s after the murder of a close relative, and he attempted suicide after a friend sold a video of his drug use to the press.

Meanwhile, the prosecution told of how Tetley offered one of the boys £700 for a nude video.

Tetley entered a guilty plea – for five changes of causing sexual exploitation of a child – at Bradford Crown Court in December, after initially denying the allegations. He had been accused of sending the messages between October 2018 and August 2019.