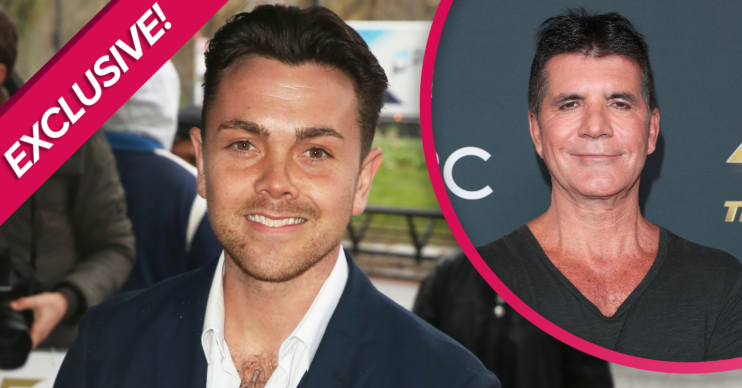 The singer's back with a brand-new album

It’s hard to believe it’s been 14 years since Ray – who celebrates his 32nd birthday tomorrow (August 25) – first auditioned for Simon Cowell on The X Factor.

And, although he looks back fondly on the experience, Ray tells ED! that being dropped by his record label just eight months after the release of his debut album was a “short, sharp lesson” in the ways of the music industry.

The baby-faced star was just 17 at the time of his X Factor audition, and he said he’d be “lying” if he said he didn’t shed a tear or two.

Speaking exclusively to Entertainment Daily, Ray revealed: “I’d be lying if I said I didn’t shed a tear or two, but it was a short, sharp lesson in the music industry and in the entertainment industry itself.”

Read more: Simon Cowell branded “The Terminator” as he recovers from back surgery

He added: “Sometimes rejection is a part of the whole process, and it’s how you process it that’s the key. If you let it get to you, it becomes a problem. If you don’t and you move on positively with other opportunities in your focus, you can change it into a bit more of a positive step forward.”

I’d be lying if I said I didn’t shed a tear or two.

Ray – who finished runner-up in 2006’s X Factor – revealed he isn’t in touch with Simon or Leona Lewis, who was crowned the show’s winner.

“Not through choice or because I don’t want to speak to them, I have a lot of love and respect for both of them. But when I got dropped from the album that was the last time I spoke to Simon personally,” he said.

However, it appears the music mogul does wish Ray well.

“Whenever there was an awards ceremony, if I didn’t turn up and somebody was there who knew me, he’d say: ‘Send my love to Ray,’ so there’s still mutual respect there.”

Ray signed to Simon’s label Syco after leaving the show and his debut album, Doing It My Way, became a critical and commercial success.

So how did Ray, being so young, pick himself up after being dropped?

“I don’t think I knew any better,” he revealed. “I just thought that it was, that was my opportunity and I made the most of it.

“I’ve got nothing but good positive thoughts about the whole situation. For me it was a great stepping stone in a new career .

“Obviously I got more opportunities in fields I went into, the West End, bigger roles if you like because of it, so it was good to me, very good to me.

“And I didn’t really know any better, it was like: ‘Well that’s great, thanks for the opportunity.'”

A new Ray Quinn album on its way

After first appearing on our screens as a child star on Brookside, The X Factor certainly opened up new opportunities for Ray.

He’s since appeared in Hollyoaks, on the West End stage and his new album, Undeniable, is out on Friday (August 28).

And, Ray revealed, reaction to the album’s first single, They Say Love, has been “surprisingly” good.

“A lot of people have messaged me saying they love the track,” he told ED!.

“People seem to be streaming and downloading it. I can’t ask for any more, so I’m proud of it, really proud of it.”

Looking ahead, Ray says he’s keeping his glass “half full” and hoping for a “brighter future without the pandemic” standing in his way as he’s love to tour the album.

“I’d also love to do a film, more soap, another album,” he said.

“I’m a dreamer, lots of different ideas come flying in my head every day. I’m like maybe I can do this or that. But maybe it’s just a self-employed anxiety kicking in,” he laughed.

Ray’s new album Undeniable is out on Friday (August 28).