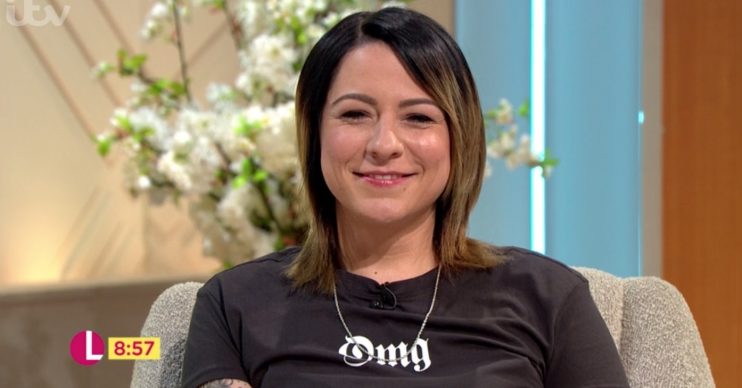 Lucy, 28, appeared on today’s episode of Lorraine (Tuesday September 27) to plug her new album Today Was A Good Day… and also took the opportunity to explain how she did it.

The Mirror reports that Lucy told stand-in host Christine Lampard that she had made changes in her lifestyle to achieve the weight loss.

“The beer, biscuits and bread, I did that quite a while ago and I’m quite good at doing things to an excess,” she admitted.

“I’m not drinking at all at the moment, so that makes a big difference,” she continued.

“With regards to weight loss, beer, bread and biscuits for me I had to knock them on the head.”

Lucy, who was a finalist on the 2012 X Factor alongside Rylan Clark-Neal and James Arthur, also opened up to Christine about her mental health.

Seeing photographs of her old self, Lucy said: “I feel much better. I think I was in a really bad place for kind of a long time.

“I’ve always been very open about it, and I think looking back at pictures of me before, physically I could see I was in a really bad place.”

With a new album out, Lucy also appeared at Glastonbury for the second time this year.

Lucy isn’t the only X factor star to have lost weight.

BFF Sinitta opened up about the moment she Simon he needs to lose weight.

On a recent episode of Lorraine, Dan Wootton talked about the music mogul’s recent transformation and showed a clip of Sinitta explaining exactly what motivated him to get healthy.

“‘You’re too handsome, you’re too fabulous, to let yourself go like this'” she explained.