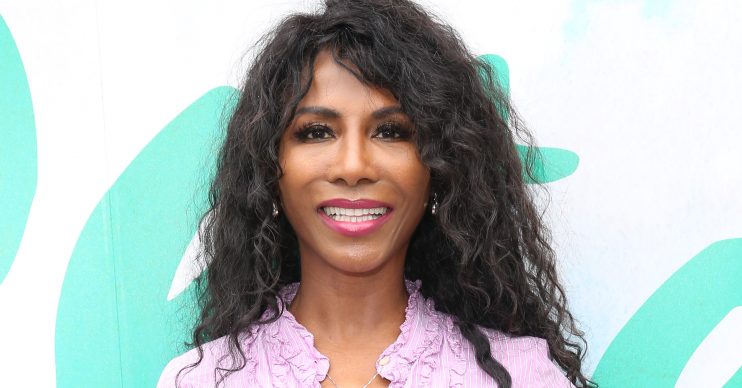 Sinitta has opened up about the moment she told X Factor boss Simon Cowell he needs to lose weight.

On today’s (19.08.19) episode of Lorraine, Dan Wootton talked about the music mogul’s recent transformation and showed a clip of Sinitta explaining exactly what motivated him to get healthy.

In a video of the singer lying in bed with her dog Scarlet, she claimed her words were not as “brutal” as Simon has made it sound.

She explained, in the full clip posted to Dan’s Twitter: “He makes it sound much more brutal than it was. We had just finished filming X Factor last year. Ryan Seacrest, Paula Abdul, Diane Warren, everybody was there.

“And as we were leaving, I was kissing [Simon] goodbye and saying thank you, and as I said bye I whispered in his ear, ‘Baby, I’m really sorry to say this but… I love you so much, and I’ve got to do this’.

Speaking further, Sinitta said she had her arms around him as they were hugging, and she “just kind of grabbed him a little bit around the love handles and the waist, and his little cheeks”.

She continued: “I just said, ‘You know, I just want you to be healthy and I want you to look good and feel good. This is not you and you need to address this’.”

Sinitta went on to say that Simon, as one of her closest pals, is used to her speaking to him openly about his weight and health.

“On holiday, I’d always make sure we had power plates and exercise bikes, because we once found we’d put on 10 lbs in two weeks on a yacht holiday,” she said, adding: “We were like, what happened? Because you just eat and sit there and talk and laugh and drink.”

In her video, she said he replied: “I promise you, next time you see me you won’t recognise me.”

As he was turning his diet and lifestyle around, he would send her “little updates” to tell her he had decided to go vegan, cut out sugar or ditch wheat.

Sinitta continued: “True to his word, he’s gotten his act together and he’s looking and feeling fantastic. He has energy, he can think clearer, he’s sleeping better. So it’s not just the aesthetics, it’s not just how he looks.”

Simon spoke about Sinitta’s role in his weight loss journey, telling Daily Star his friend had pulled him up while they were in Malibu.

What do you think of Simon’s slimmed-down look? Leave us a comment on our Facebook page @EntertainmentDailyFix and let us know.