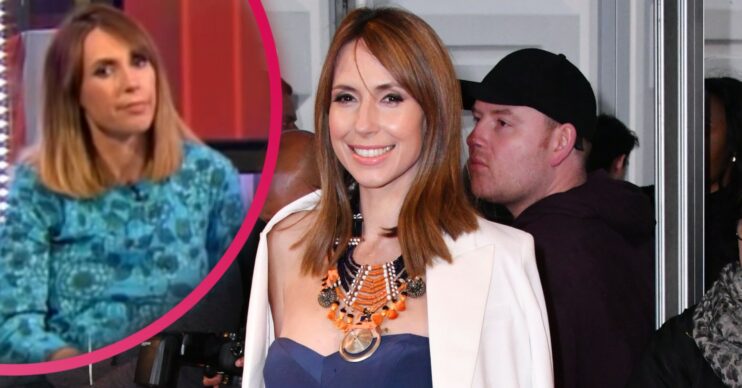 The One Show host Alex Jones recently welcomed the latest addition to her family after giving birth to her baby girl in August.

The star headed off for maternity leave over the summer as she and husband Charlie Thomson prepared for the special arrival.

Alex, 44, excitedly announced the birth to her Instagram followers on Tuesday, August 24.

And time has really flown as the BBC has just confirmed when she will be returning to her job.

How many children does Alex Jones have?

Alex and Charlie now have three children together.

Their firstborn, son Teddy, arrived on January 22 2017, with Alex excitedly announcing the birth on The One Show.

She told former co-host Matt Baker over the phone: “Well I do have some news I have a beautiful healthy baby boy.”

She confirmed his name with a sweet Instagram post showing his official paperwork and the title “Edward Alun Burrell Thomson”.

Alex told fans her son would be known by his nickname, Teddy.

The couple then welcomed their second son Kit on May 13 2019.

At the time, she wrote: “Little Kit Thomson arrived safely and very speedily last Monday at 2.21 am weighing a healthy 7lbs 3.”

The arrival of their daughter, who they called Annie, now makes them a family of five.

How long has she been married?

Alex met her insurance broker beau at a party in 2011.

Charlie – who hails from New Zealand – then proposed to Alex in February 2015 after four years of dating.

They then got married at Cardiff Castle on New Year’s Eve of the same year.

When will Alex Jones be back on the one show?

The One Show fans will be very relieved to hear that Alex will be back on the show tonight!

Hosts Sam Quek, Jermaine Jenas and Ronan Keating have been holding the fort, alongside guest presenters.