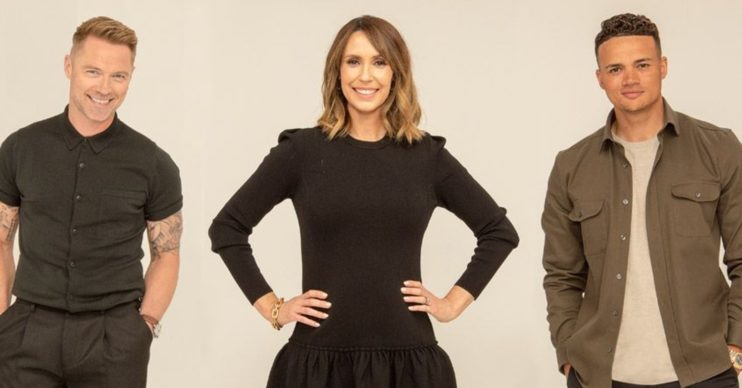 There's a new team on the beloved BBC One series

The BBC has confirmed a major change to The One Show hosts with Jermaine Jenas and Ronan Keating becoming permanent presenters.

The evening talk show has had several guest hosts over the last few months.

Things were up in the air when Matt Baker quit last year, but now that’s finally about to change.

The One Show announces new presenters

Jermaine Jenas, 38, and Ronan Keating, 44, have now been announced as permanent additions to team.

On Monday, May 10, Jermaine will begin his full-time stint.

He will co-host with Alex from Monday to Wednesday.

Former boyband star Ronan Keating will then fill-in for the remainder of the week.

The former Tottenham player said: “I’ve absolutely loved being a part of The One Show, Alex, the team and the viewers have made me feel so welcome and we’ve had a lot of fun already.

“I’m really looking forward to joining as a full time host alongside Ronan.”

Ronan added: “I’m so delighted to officially be a part of The One Show family.

“It’s a show I’ve loved for many years as both a guest and a host and I can’t wait to get started alongside Alex, Jermaine and the wonderful team behind the scenes.”

Rob Unsworth, Editor of The One Show added: “We’re thrilled to have Ronan and Jermaine join us as the regular One Show hosts alongside Alex on the sofa.

“It’s an exciting new chapter for the show, and we’re looking forward to viewers getting to know a different side to such well-known faces.”

Meanwhile, Matt Baker returned to The One Show last month (March) after a year away from the show.

He appeared on the show to talk about his new TV programme, Our Farm In The Dales.

Head to our Facebook page @EntertainmentDailyFix and tell us if you’re excited for the new hosts.