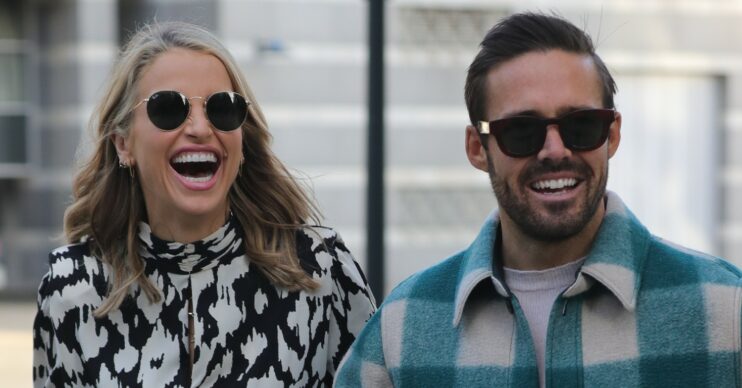 Vogue Williams and Spencer Matthews have unveiled their baby son’s name – and the sweet meaning behind it.

The couple welcomed little Otto into the world in April.

Otto is Vogue and Spencer’s third child and joins siblings Gigi and Theodore.

James Matthews is married to the Duchess of Cambridge‘s sister, Pippa Middleton.

Talking about how they came to choose their tot’s name, Vogue told Hello! magazine: “I heard somebody else’s child called Otto a couple of years ago and the name always stuck.

“I just loved it. I think Otto James together sounds really cool.”

Vogue wrote: “We are so happy to announce that our beautiful boy arrived safely on Monday evening.

“Bursting with love he is the perfect addition to our family.”

Meanwhile, Spencer shared a pic of a Moses basket with Gigi and Theodore standing next to it.

He captioned the adorable post: “And then there were three.”

Vogue and Spencer’s sweet posts sent followers into a frenzy with many congratulating the couple.

Spencer’s Made In Chelsea co-stars also sent their best wishes.

When did Vogue and Spencer meet?

Vogue was married to Westlife’s Brian McFadden before she met Spencer.

After her divorce she met the MIC star at the training camp for Channel 4’s The Jump in 2017.

The Dubliner was forced to pull out of the show after injuring herself in rehearsals before it even started.

But Spencer went on to be crowned the winner of the series.

The pair soon sparked speculation they were more than friends before making it official on social media.

During a Facebook Live by RTE, Spencer confirmed their romance and said: “If I could shout it from the top of mountains I would!”

They married at Spencer’s family estate in Scotland in June 2018, before welcoming Theodore and Gigi.