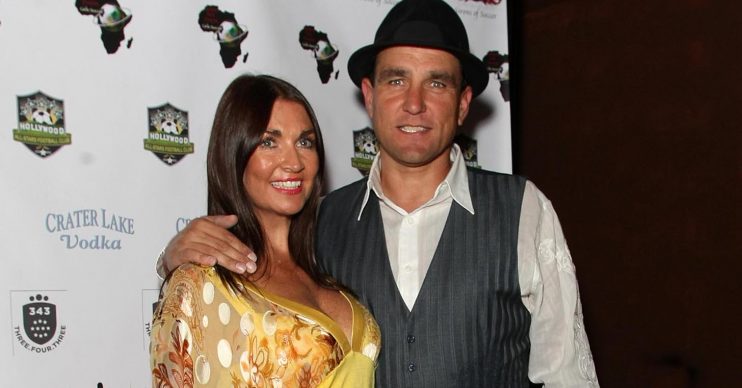 The family will be together this Christmas

Tanya, 53, tragically died in July after a courageous battle with skin cancer.

Reports claim that his wife spent thousands before she died buying tickets for her family to visit him in the US so ‘he wouldn’t be alone’.

The Sun reports that Tanya wanted her loved ones to be together this Christmas so they could comfort each other.

The newspaper quotes a source, who said: “Tanya bought flights for everyone. All the family are going. She knew she wasn’t going to be around and didn’t want Vinnie to be lonely at Christmas.”

It was typical of her to be thinking of others even though she was going through such a horrendous time.

“It was typical of her to be thinking of others even though she was going through such a horrendous time.

“She wanted that family Christmas in place. It was a worry off her mind.”

Vinnie, who appeared on X Factor: Celebrity, was seen paying tribute to his late wife, who he had been married to for 25 years, during a performance of Madness’ It Must Be Love.

“I never thought I’d miss you, half as much as I do,” Vinnie sang, while pointing towards the sky.

“We know how much [that song] meant to you and who you were singing it to,” Vinnie’s mentor Nicole Scherzinger said.

The source also told The Sun that Tanya and Vinnie loved Christmas, and that the family are looking forward to being together.

At 21 Tanya had a heart transplant and had twice beaten cervical cancer.