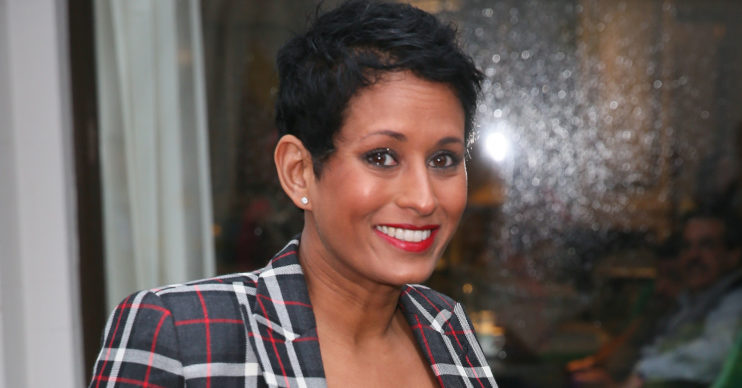 The BBC Breakfast star, praised the BBC and its required fee during a recent interview.

Speaking to Radio Times magazine, Naga said: “There’s been noise about the licence fee for decades.

“But at Breakfast, we’re not ratings-driven, we’re not there to garner attention on social media.

“We’re there to provide a service and make sure people are informed, educated and entertained. I think a licence is worth that.”

“I think a licence is worth that”

One viewer argued that as Naga’s estimated annual salary of £190,000 is funded by her BBC role, of course she would defend it.

“Of course she wants pensioners & the British public to keep funding her lifestyle, whilst allowing her to be a mouthpiece for the left wing. #DefundTheBBC.”

Another unhappy viewer even claimed: “Unbelievable that we as licence payers contribute to your ridiculous salary for basically reading the news. An absolute disgraceful amount of money you should be ashamed #nagamunchetty.”

“It’s paid for by a back door tax”

A third tweeted: “If the Breakfast Show was ratings-driven it wouldn’t earn enough to pay minimum wage, but it’s paid for by a back door tax.”

Read more: Princess Beatrice paid a beautiful tribute to William and Kate on their wedding day

A fourth claimed: “Really? Make it voluntary and let the public make up their own minds on that one.”

And yet another argued: “Here is another reason to cancel your TV Licence. While over 75’s will have to start paying TV licence from 1st August this useless presenter gets £190,000 a year of YOUR money.”

All television owners in the UK are required to pay an annual fee of £157.50 for a colour television or £53 for a black and white television.

These fees are managed by the BBC, who reinvest the money into their entertainment offerings.

Previously over 75s were exempt from paying the fee. However, a change in the rules now requires millions of over 75s to begin paying from August 1 of this year.

However, those that receive pensioners credit will remain exempt.

Do you think the fee is worth it? Leave us a comment on our Facebook page @EntertainmentDailyFix.