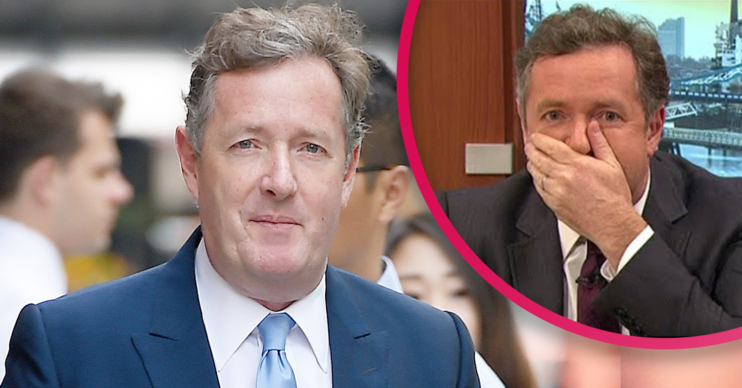 The GMB presenter unfortunately hurt himself

Piers Morgan has gone and done himself a mischief during his luxury holiday.

The GMB presenter is enjoying time away from work living it up in the South of France.

But now he looks to have hampered his break after sustaining a painful injury.

He captioned an image showing him using crutches: “Peg-leg.

“(Nothing like tearing a tendon on Day two of a six-week holiday)”.

Read more: Kate Garraway scolds Ben Shephard as he mocks her on GMB

There were some unpleasant remarks left on the pic from those revelling in Piers’ misfortune.

But most commenters were sympathetic to his plight.

One well wisher wrote: “Hope you feel better soon! You deserve a fantastic holiday after all your hard work… so appreciated.”

“Stay safe! We need you back on GMB,” added another.

A third contributed: “Poor old you! Hope it mends quickly.”

And Piers even received quite a saucy offer from one other fan to assist his recovery: “I’ll pop over and rub it better for you!”

But also among the deluge of comments were those focusing less on Piers and more on who he was with in the pic.

That’s because his three sons Albert, Spencer and Stanley were standing shoulder to shoulder with their pained dad. And followers were somewhat distracted by how handsome they all are!

“One positive out of it, you have your beautiful boys with you,” said one observer, urging Piers to look on the bright side.

Others also made mention on how attractive they find Piers’ offspring.

“Never mind your leg Piers, what about your gorgeous sons?” noted someone else.

And yet another person added: “Move over Piers, I’ll have one of his kids.”

“Gutted.. In other news, your sons are all hot,” said a third.

Don’t you wish someone looked at you the way Dame Joan looks at me?

The St Tropez break had all started so well for Piers, too.

Just days ago Piers shared how he was kicking off his holiday in style at lunch with Joan Collins.

He joked on Insta: “Don’t you wish someone looked at you the way Dame Joan looks at me?”

And over the weekend it was clear the good times were still rolling as he gave another glimpse of his opulent lifestyle.

Posting a snap showing him relaxing in lush surroundings while watching the cricket, Piers was clearly settling into his holiday very comfortably.

That’s before it unfortunately became a little uncomfortable of course.