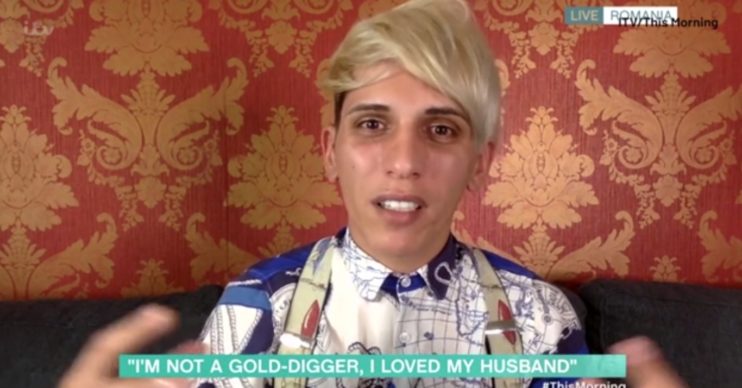 Vicar’s toyboy, 27, denies he was a gold digger and says he loved the late 81-year-old

He insists it was love

An ex-vicar’s toyboy who was branded a gold digger has defended being left his 81-year-old lover’s money.

Florin Marin went on This Morning to talk about his inheritance.

He told Eamonn Holmes and Ruth Langsford that his husband Philip Clements, who died last month, was “very happy” in their marriage.

Read more: This Morning fans grossed out as Vanessa Feltz spills beans on her sex life

Toyboy Florin dialled in to the ITV show from his home in Bucharest, Romania.

The 27-year-old  told the hosts: “I thought Philip was a great gentleman – a man with respect, manners – I learned a lot of things in five years from Philip.

“I learned to be a gentleman, like most English people are, and that was attractive.

And he said their huge age gap made no difference at all.

“In a relationship, the age doesn’t matter, if there’s that chemistry, you know, you can’t pass that.

The toyboy is now due to receive a life insurance payout and £10,000 to cover his partner’s funeral.

But he was defiant.

He said: “I’m not a gold digger. Who doesn’t like money?”

He told The Sun: “We can’t live in this world if we don’t have money, but it doesn’t mean you are a gold digger.

“It doesn’t mean if you marry an older guy you are a gold digger. I was in love with Philip.”

The Romanian said his partner’s last words to him were “night night, love you, see you tomorrow morning”, before saying “I want to die happy” the next morning.

However, the former clergyman’s family are not convinced Florin was in love with him.

His brother Tony Clements, 71, first spoke to Florin when the ‘toyboy’ rang him to inform him of his husband’s death.

The retired Royal Mail driver said he was a gold digger and argued Jeremy Kyle was right when he levelled the charge against him on his show.

The pair met on a dating app and Philip went to Romania to be with Florin.

The former reverend sold his house to buy a flat for the couple in Bucharest – sparking many to assume the relationship is all about the money.

What do you think? Are people being cynical or is Florin clearly after the cash? Go to our Facebook page @EntertainmentDailyfix and leave a comment to let us know your views.