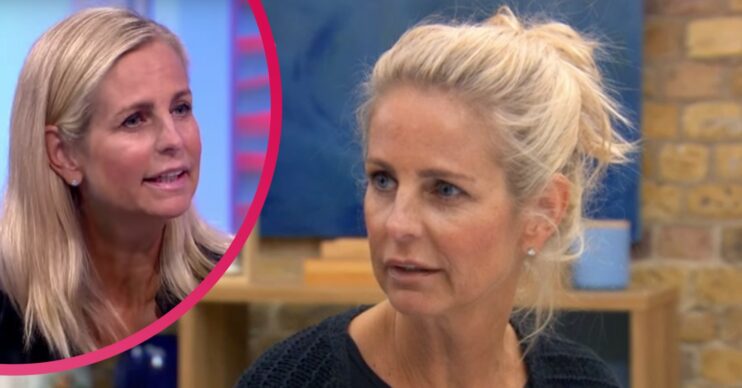 She has around 15 inkings across her body

TV personality Ulrika Jonsson has titillated her Instagram followers with a bra selfie showing off her many tattoos.

Ulrika, 54, showed off her body art yesterday (Friday January 7) with a cheeky snap in her underwear.

The image also displayed her flat abs – and appears to have been shared ahead of a night out.

Ulrika Jonsson and tattoos: how many does she have?

Ulrika has at least 13 tattoos on her body, including a red devil inked on her bum.

She opened up about the meanings ascribed to the designs in 2020 after going on a tatt spree.

Her explanation came shortly after Ulrika picked up four new tattoos in a single day.

However, reports suggest Ulrika may have had even more inkings in the last twelve months.

It is believed she has ‘Mother of Bullies’ – referring to bulldogs, alongside a paw print and the name Dexter – added to her shoulder.

Ulrika also had a huge sunflower added to her arm in tribute to late pet Nessie.

And she also had a broken heart on her right ring finger filled in to show a full red heart.

But in the recent image shared on Stories, Ulrika’s tatts on her arms and collarbone were most visible.

Ulrika also documented her night out on Stories. She indicated to fans she enjoyed drinks with Celebs Go Dating co-star Chloe Brockett by captioning a pic: “Had the best night with this one.”

However, Ulrika also hinted she was feeling a little worse for wear the morning after the night before.

Ulrika also indicated the same as she posted a second bathroom selfie.

This one saw her wearing a black silk nightie.

She captioned the pic: “When you come home under the influence of alcohol, with a face of make up on and you think you look cute. But actually you’re just [blank].”