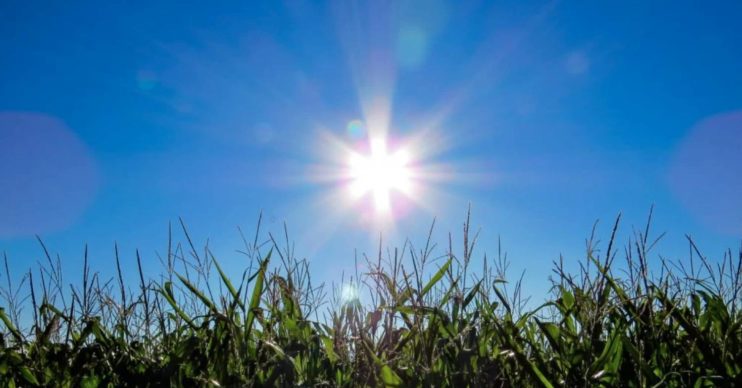 UK weather forecast: Bank holiday heatwave on the way after miserable May

Bring on the sun!

The UK weather forecast is promising a break to the miserable conditions of May and predicting a bank holiday heatwave!

According to reports, the weather should soon start to dramatically improve, with highs of 22C next week.

However, until then, many parts of Britain can expect the downpours, thunder and gales to continue.

What a damp squib of a spring it has been!

The UK weather forecast for the bank holiday

Experts reckon next week could bring a series of days in which the temperature reaches 22C.

That’s because winds from the south could bring in sub-tropical Atlantic air. And June is already predicted to be much drier than May by meteorologists.

The Met Office‘s Annie Shuttleworth said: “The most likely scenario at the moment is looking like predominantly dry weather.

“Quite a contrast to what we’ve seen with the wet weather in May, so that would be an improvement.”

The weather before the bank holiday

However, cold temperatures and showers are expected to continue across most of the country until next week’s let up.

And the Midlands and the north could very well see unsettled and unseasonably cold conditions the middle of next week.

The most likely scenario at the moment is looking like predominantly dry weather.

Nonetheless, it is hoped that the rain will begin ease by this Thursday (May 27).

One of the rainiest Mays on record

A bit of sun can’t come too soon after the drenching we’ve all experienced during May.

Areas hoping to make the most out of domestic holidays such as Devon and Wales have particularly suffered.

Wales has endured almost double the average levels of rainfall that might be expected for the month.

Wales normally experiences 86mm of rain in May and has been deluged with 170mm so far.

Read more: Prince William accused of ‘flirting’ as he travels to Scotland ahead of wife Kate

The record for the region is just over 184mm, making this month the fourth dampest May Wales has ever experienced.

The UK as a whole has already been hit with 131% of the rainfall that might have been expected for the month.

Cloud and patchy rain in the north is expected to move down south and east tonight (May 24).

However, showers will be seen across the north of the UK. But the south will enjoy some sunshine – even though afternoon showers in the south west are likely.