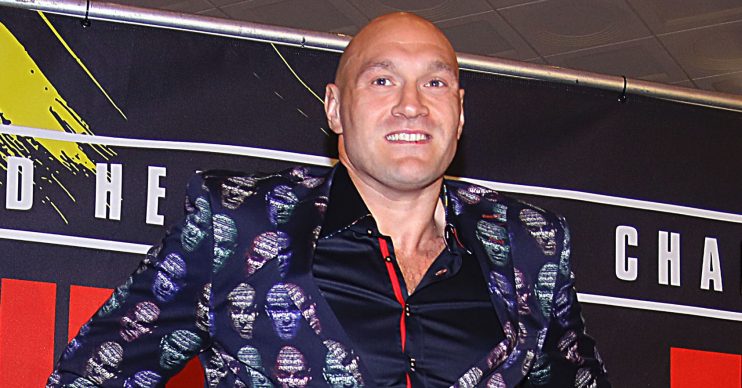 John says he has nothing left to prove

Tyson Fury wowed the world when he defeated Deontay Wilder to win the WBC and The Ring magazine’s heavyweight championship belts.

Tyson, 32, stopped the reigning champ in the seventh round in front of a packed crowd in Las Vegas on Saturday (February 22).

But today (Monday, February 24) his father, John Fury, told fans that he wants his son to retire immediately.

Appearing on Good Morning Britain John told hosts, Susanna Reid and Bill Turnbull: “I want my son to retire now. He’s done enough. It’s been an uphill battle for him.

“I think it’s in the back of his mind. He can’t do anymore. He’s won every professional title. Enough is enough. There’s more to life now. He’s given it his all.”

“He’s got no more to prove. He’s proved he’s been a worthy champion from this country. He’s been 13 years as a pro and he’s always been the opponent,” John added.

“He’s 32 years old. He’s got a young family and I do believe his children deserve their father. He’s done enough and that’s my opinion.”

Tyson suffered from depression and addiction problems after his fight with Wladimir Klitschko in 2015, and his weight ballooned.

He returned to the ring in 2018, but John admitted that he had thought there was ‘no hope’ for his son.

I’m sat here today and I still keep pinching myself because where he was two years ago, there was no hope basically.

“I’ll be honest with you,” he said. “I’m sat here today and I still keep pinching myself because where he was two years ago, there was no hope basically.

“He was that low, he went that far back that I didn’t think he was ever gonna get back. A light switch just went on and off but here we are today.

‘It was a dark time,” he continued, “when you see a man drinking himself to death to escape reality, he was eating all kinds of food in the bucket-load, and he was doing it in front of you.”

Over the past two weeks an ITV documentary – Tyson Fury: The Gypsy King – has shown the softer, family side of the 6′ 9″ giant.

Viewers were left reeling when Tyson’s nine-year-old daughter, Venezuela,  cried when she saw her dad injured during a boxing match last year.

The documentary has been a huge hit with viewers as it’s showed the down-to-earth couple disagreeing over the future of their kids’ educations, with Tyson’s wife, Paris, wanting them to finish school at 11 and lead a traditional traveller life.

Tyson had different ideas and wanted his kids to have an education.