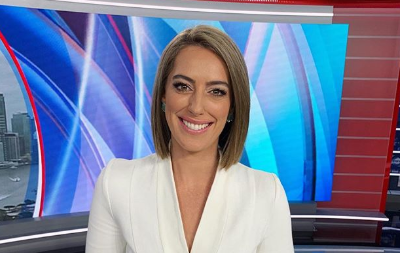 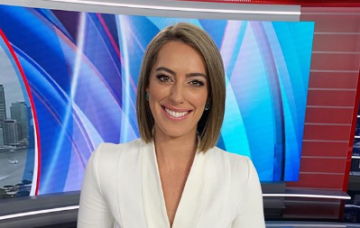 Who thought this was a good outfit for TV?

A newsreader has had the pee taken out of her by viewers for wearing an outfit bearing a resemblance to a caricature of a man’s genitals.

The outline of the rude, crude symbol was noticed earlier this week – and has since spread across social media.

Observers were quick to pick up on how broadcaster Samantha Heathwood’s entirely innocent look could be interpreted as something cheekier during a Channel Nine news bulletin.

Rounded at the shoulder and the collarbone, her green jacket dipped down her front like the bottom of a test tube.

There has also been speculation on social media that the top she was wearing underneath added further detail to the imagined penis profile.

Incredibly, this is not the first time the ensemble has tickled viewers.

According to several reports and social media observations, fellow newsreader Natarsha Belling wore it first a couple of years ago.

But who wore it best?

Someone in the wardrobe department, probably: “It’s been a couple years, no-one will notice.” pic.twitter.com/rRRyBwEyyt

Read more: Patient left in agony after being prescribed penis cream for her eyes

Another creased observer added: “#penisjacket lives on!!!! I still find this hilarious!”

But a third defended – possibly sarcastically – the journalist’s fashion choice, insisting the outfit was a style win.

“You people are so catty, so what, it looks good on her!” they tweeted.