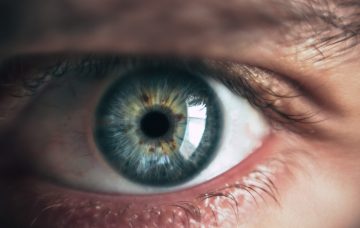 That's no way to solve conjunctivitis

A prescription mix up left a woman with blurred vision after she applied an ointment used to treat erectile dysfunction to her eyes.

Experts have now recommended doctors use block capitals when doling out medical chits following the blunder, which also left the patient with swollen eyelid.

It is reported the woman, from Glasgow, had been suffering with conjunctivitis when she turned to her GP for help.

But according to The Sun, the patient was handed the wrong treatment by a pharmacist after her doc’s handwriting was misread.

Read more: Britain warned to brace itself for “Siberian snowbomb”

It is believed she was supposed to be prescribed a balm called VitA-POS, an overnight application for stressed eyes.

But instead the unfortunate sufferer was given Vitaros, a cream designed to be applied to the tip of a penis rather than an eyeball.

Immediately realising all was not well, the woman went to hospital where she was treated for mild ocular chemical injury.

She was given antibiotics, steroids and lubricants to soothe her pain and reduce the swelling.

The patient’s symptoms are believed to have cleared up within a week but it is reported she has continued to suffer with corneal erosions, which can cause agony.

However, Dr Edington – of Glasgow’s Tennent Institute of Ophthalmology – also questioned how the mistake went unchecked by so many different people in this instance.

“It is unusual in this case that no individual, including the patient, general practitioner or dispensing pharmacist, questioned erectile dysfunction cream being prescribed to a female patient, with ocular (eye) application instructions,” said Dr Edington.

She added: “We encourage prescribers to ensure that handwritten prescriptions are printed in block capital letters to avoid similar scenarios in the future.”

It is estimated that one out of every twenty prescriptions may be dished out incorrectly – so double check yours in future.