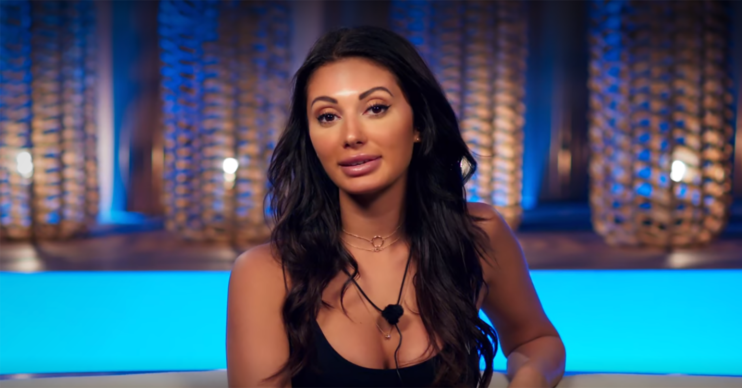 Fans are excited for the reality star

Netflix’s Too Hot to Handle star Francesca Farago has announced she has teamed up with clothing brand In The Style.

The model, 26, shared the exciting news to her Instagram on Monday ahead of her collection launch tomorrow (July 1).

Francesca, who was one of the most controversial characters on the Netflix hit, told her followers she’s “so excited” about the new venture.

What did Francesca Farago say?

The reality star announced on Instagram: “Soooo excited to announce I have teamed up with @INTHESTYLE to create my very own clothing collection!

“I have been working on this for months & I’m so proud it’s finally ready to release!

“It launches this Wednesday 10am PST / 6pm BST but we are giving exclusive access early if you’re following @inthestyle on Instagram!”

She continued: “There is over 55 items in the range.

“It’s got the comfiest loungewear, pretty butterfly prints and cutest pieces that you can wear day to night!

“One thing I love about @inthestyle is they are inclusive to every size & perfect for any body type!”

Francesca included images of some of the items from the collection.

Fans were thrilled for Francesca and can’t wait to get their hands on the items.

One person said: “So obsessed with all of them.”

The exciting news comes weeks after Francesca split from her Too Hot to Handle co-star Harry Jowsey.

The pair found love on the Netflix reality show and stayed together after it ended.

Why did Francesca and Harry split?

However, earlier this month, they went their separate ways after Harry ended their relationship.

In a video shared to her YouTube channel, Francesca said: “Harry and I are not together anymore, I obviously was heartbroken.

Meanwhile, the Australian star also spoke out on their split and said he was “in a very dark point in my life”.

Read more: Kylie Jenner shares bikini pic and declares it is “time to start cutting off these quarantine pounds”

In a video posted to his YouTube channel, Harry explained: “There was a big reason why I had to end things with Francesca…

“I was in a very dark point in my life. There was a lot of stuff going on around me and she was off doing her own thing.”

“I simply fell out of love”

On his Instagram, he added: “I’ve never been disloyal to Francesca, when I was with Francesca I was with her 110%.

“The reason why I ended things with Francesca… I simply just fell out of love. I lost that massive spark that I had at the start of the show.”

Did you watch Too Hot to Handle ? Go to our Facebook page @EntertainmentDailyfix and leave a comment to let us know.