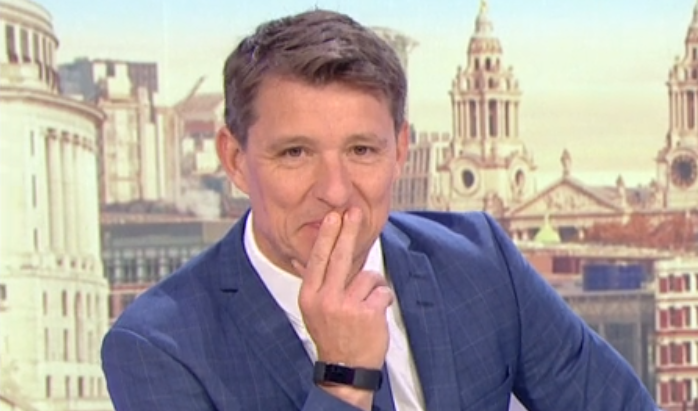 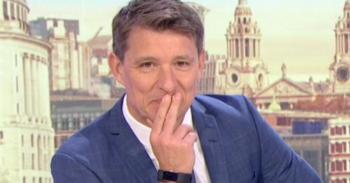 He made it sound like Meghan's baby had arrived

Susanna Reid had to shout at Ben Shephard on today’s Good Morning Britain after he appeared to tease royal fans with news of Prince Harry and Meghan Markle’s baby.

Ben, standing in for regular host Piers Morgan, thought it was funny that ITV News Royal Editor Chris Ship, who was in the studio, was keeping an eye on his phone for an announcement of the impending arrival.

An alarmed Susanna immediately cut in, raising her voice: “No! Don’t tease people like that!”

Ben responded: “Well I just saw Chris on his phone…”

Chris then revealed the news Ben was talking about – a rehearsal of the trooping the colour ceremony at Windsor palace.

The co-hosts laughed as it became clear the announcement had nothing to do with the royal baby.

Earlier this week, bookies slashed the odds on Meghan giving birth on Wednesday, but the day came and went without an update from the Duke and Duchess of Sussex.

Now, some are convinced she’s already had the baby.

He told Rachel Horne, the show’s news presenter: “We sit here still finding ourselves… some say minus a new royal baby, or do we… ladies and gentleman?”

She asked him, “What do you know?’ and he replied: “I’m not sure what I know, but I think I know something.”

After some back and forth, and Rachel asking for a hint, he opened up: “Well, there’s more than a hint, what more of a hint do you want, other than the fact that I think there might be a new royal baby already?

No one knows yet what name they’ve chosen for their first child, but bookies have slashed the odds on them picking an unusual Italian name.

They think Allegra might be in the running if Harry and Meghan have a girl, as it is said to have been one of his mum Princess Diana’s favourite names.