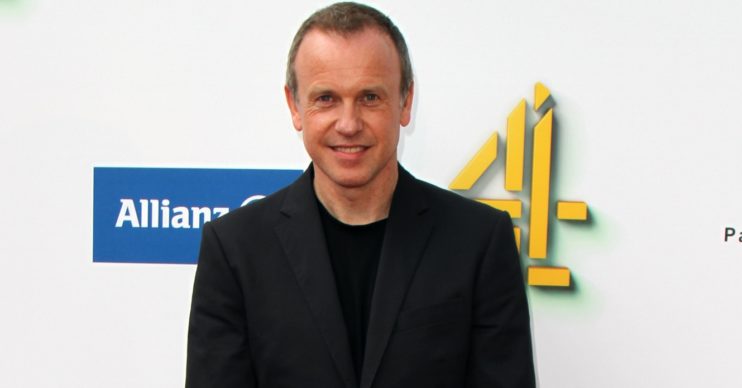 Co-host Simon Rimmer couldn't even help him up!

Sunday Brunch viewers were treated to an unexpected laugh at the start of the show on Channel 4, as host Tim Lovejoy fell over within seconds of airing.

Jumping for joy, the 52-year-old presenter lost his footing and fell to the floor – much to co-host Simon Rimmer and the TV crew’s amusement.

After Tim’s fall, Simon Rimmer laughed as he kept his two metre social distance: “I can’t even help you up!”

Tim had to stop presenting to silence the TV camera crew and guest, singer Izzy Bizu: “Stop laughing! Why is everyone laughing?!”

Tim tried to get back into the swing of presenting, yet he took time to recover as he limped over to the next segment.

Co-host Simon Rimmer couldn’t stop laughing as the pair tried to continue with the show.

Viewers were quick to laugh at Tim’s fall, with many sharing their thoughts on Twitter. One viewer said: “Hope you are ok…. Not sure I’ve laughed that much since lockdown started”

Another added: “Looked away for a second and Tim’s on the floor, now watched it back three times on Channel 4 app lol.”

A third said: “Hope you’re ok Tim. Unfortunately, you are never ever going to live this down! It was hilarious.”

Some reacted with memes as they couldn’t help but laugh:

man down , man down! pic.twitter.com/KclNj5Rq1z

Well that’s one way to start the show! Be careful @timlovejoy! 😱 #SundayBrunch

Some viewers even joked that they’d watch the fall again on replay. One said: “Made my morning that, just put it on for the missus on +1”

Another said: “Had to rewind and watched that three times already”

Did you see Sunday Brunch? Visit our Facebook Page @EntertainmentDailyFix and let us know what you think of this story.