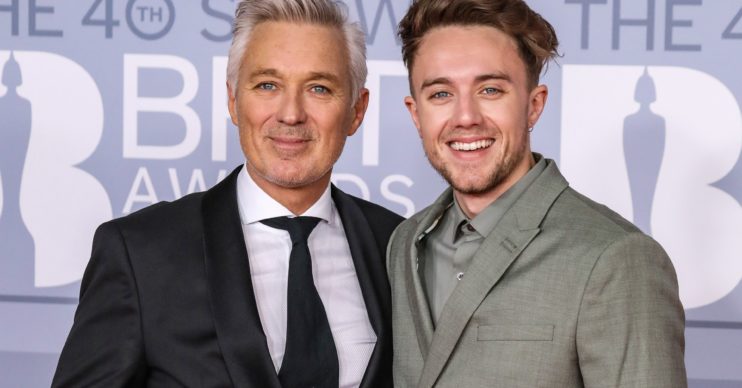 Viewers are resoundingly unimpressed by Martin and Roman Kemp’s new advert for Volkswagen.

Fans who saw the advert for the first time last night have questioned it on Twitter.

The three-and-a-half minute advert took up the whole break during Alan Carr’s Epic Game Show last night as they watched the father and son duo have a 100 percent natural and well-acted conversation.

[Filmed before Government guidelines for social distancing were in place] pic.twitter.com/CjNT3tK9qN

In the ad, which was placed in the break of , we see them journey through some of ITV’s most beloved shows.

They visited the famous cobbles of Coronation Street, had an unexpected encounter with Chloe Sims on TOWIE’s famous Brentwood High Street and took a detour through the jungle.

What did people think?

Viewers were that disgruntled that one person said it was an ‘acheivement’ to make such a bad advert.

Another said they hadn’t thought 2020 could get any worse!

It is quite an achievement of Volkswagen that this advert was the worst part of a Saturday night ITV schedule featuring Alan Carr destroying beloved classic gameshows. https://t.co/gcwv3O2hnF

Anyone thinking the Martin and Roman and Martin Kemp for the #Volkswagen golf TV advert was absolutely shockingly cringe https://t.co/0wsMDrQ7IC

Volkswagen is so much better than this cringe enduring advert!! https://t.co/lSuqc19rnt

If 2020 couldn’t get any worse, along come #Volkswagen with the worst advert I’ve ever seen.

What the hell is that new Volkswagen advert with Roman and Martin Kemp all about?! It’s terrible!

I think I’m going to go and pour bleach in my eyes! #AlanCarrsEpicGameshow

The pair have been doing the rounds on TV, even during lockdwon. They also appeared on Gogglebox the night before, with the first episode of the second series of the Celebrity version of the show.

While watching Gary Barlow as part of the lockdown Take That reunion concert, Roman did an absolutely uncanny impression of the singer.

Take That had joined forces for fans, with Gary giving an emphatic performance as he and the band virtually reunited via video call.

While they watched, Roman had to say something, joking: “Look at him jazzing out, there’s no one there, Gary.”

“Why not?” his dad asked. Roman then did an absolutely spot on impression of Gary, which of course, went down a treat on Twitter.

One commented: “Roman Kemp’s impression of Gary Barlow is great.”

Another said: “I can’t get over Roman Kemp’s impression of Gary Barlow.”

Maybe they redeemed themselves after that awful advert.