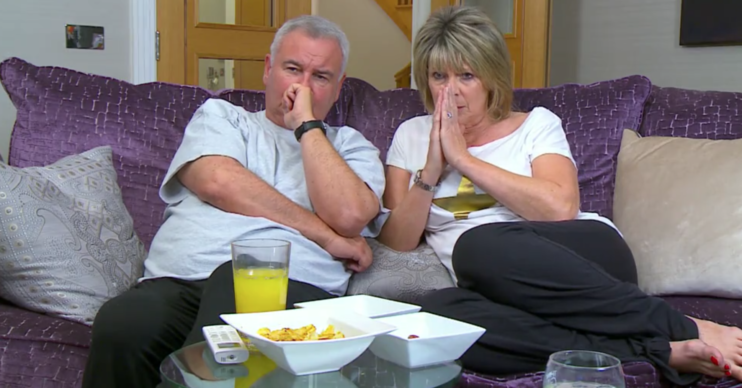 He had hit out

Eamonn Holmes has responded after Gogglebox issued an apology for how he was edited on the celebrity version of the show.

Eamonn had hit out of an “idiotic and cruel” edit of him watching BBC’s Ambulance programme alongside wife Ruth Langsford.

“We understand and respect Eamonn’s feelings on such a deeply personal story. We have taken the decision to edit the episode for all future repeats and All4.”

They concluded: “We look forward to working with Eamonn and Ruth for the rest of the series.”

Eamonn has now responded to the show’s apology and said he’s ready to “move on”.

He posted the show’s apology to him and wrote: “After last night’s clumsy edit which led to a huge amount of distress and outrage to viewers, myself and my family… Thank you Gogglebox.

“We move on and look forward to making fun TV.”

After last night’s clumsy edit which led to a huge amount of distress and outrage to viewers ,myself and my family…. Thank you @c4gogglebox , We move on and look forward to making fun TV.

During a clip from BBC series Ambulance where a young boy was resuscitating his dad who had just had a heart attack, Eamonn was seen telling a jokey story.

However, he later tweeted that he’d actually told the story of his own father, who died in similar circumstances, but says this was edited out.

The scene had shown a 10-year-old boy desperately calling for help after his dad collapsed after having a heart attack and became unresponsive.

Medics on the phone helped him to resuscitate his dad. It then cut to a clip of Eamonn discussing when Ruth went into labour and that he joked that he’d get her to hospital on time.

Eamonn received some negative comments on Twitter about his response and soon hit back.

In reply to a number of complaints ….
I am hurt beyond belief that @C4Gogglebox chose not to use me talking about my Father dying from a Heart Attack at the side of a road and replace it with a funny story following a young lad giving his Father CPR . Idiotic and cruel edit.

So following a tragedy that has forever haunted my family, I am in no mood for criticising holier than thou mouthpieces on here who haven’t gone through what we did. I had nothing but praise and emotion for the Ambulance control room TV programme. An atrocious edit @StudioLambert

How my Father died was a particularly horrible experience for my Mother , my younger brother and his friend who were all in the car .
The resuscitation in The BBC Ambulance programme was as close as could be to my Dad’s passing.Yet I am the one edited to make it look like a laugh

Fans defended Eamonn over the incident and demanded Gogglebox apologise to him.

What do you think of last night’s Gogglebox? Leave us a comment on our Facebook page @EntertainmentDailyFix and let us know what you think of this story.