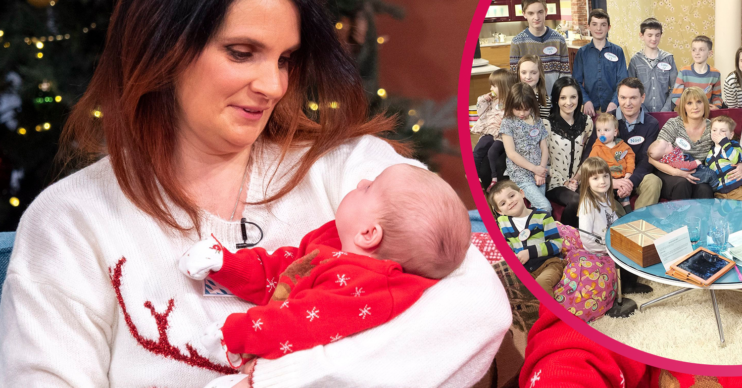 Cruel trolls at it again

Sue Radford, the mum of Britain’s biggest family, was left horrified when trolls targeted her daughter.

They attacked when she shared a picture of Bonnie, one, on Instagram stories.

Baby Bonnie was joining her siblings in clearing out their rabbit hutch.

But not everyone was delighted by the cute image.

Sue, from Morecambe, Lancs, said that her older daughter Aimee was feeling “very disheartened today with all the negative comments”.

Bonnie had been a victim of name calling online.

I seriously hope this woman doesn’t have children because this comment is beyond messed up. Just be kind.

Posting on her stories, Sue added: “I wasn’t going to share this but I can’t stop thinking about it.

“Why would anyone think it’s ok to call a one year old a horrible COW?! She’s ONE YEAR OLD.”

Happy Father’s Day @noelradford our children are so lucky to have you as their dad. You work so hard for us and always go above and beyond. We’re so grateful for all that you do 🥰❤️#fathersday #bigfamily #solucky

She added: “I seriously hope this woman doesn’t have children because this comment is beyond messed up. Just be kind.”

Comments have been turned off on the family’s YouTube channel as a result.

It’s not the first time the family has been targeted by trolls.

Sue was left disgusted in February when trolls laid into her daughter, Millie.

It happened after Millie, 18, announced that she was pregnant.

“Social media is the tout of all even [evil] and absolutely no wonder people take their own lives through it.”