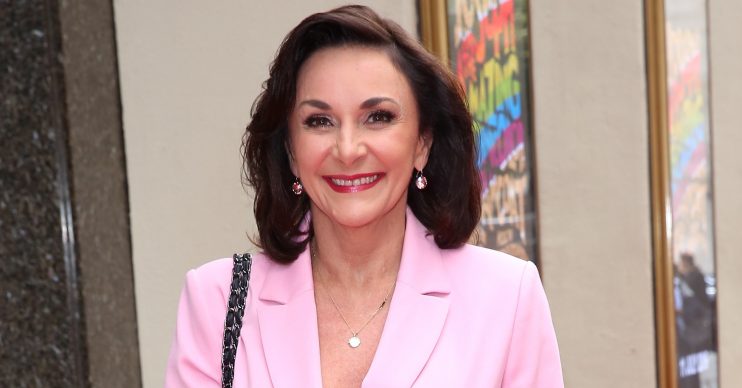 Shirley Ballas has made her red carpet debut with her toyboy lover Daniel Taylor.

The Strictly Come Dancing judge, 58, beamed as she posed alongside Daniel, 47, at the press night of Joseph and the Amazing Technicolor Dreamcoat.

Shirley looked incredible in a light pink blazer and matching trousers with floral heels while Daniel wore a navy suit and white shirt.

Read more: Shirley Ballas opens us about finding ‘happiness’ with her toyboy lover

The couple look loved-up as they posed for cameras before heading into the London Palladium to watch the show.

Shirley met actor Daniel late last year when they were both appearing in Jack And The Beanstalk in her hometown of Liverpool.

Before meeting Daniel, Shirley was single for six years.

In May, the dancer gushed that she’s “happier than ever” with Daniel.

Speaking about her boyfriend for the first time, Shirley also revealed that her whole family – including her actor son Mark – have met him and approve of their relationship.

Shirley told The Mirror: “Somebody once said to me: ‘Are you happy?’ I said: ‘What is happy?’ All I can say now is if this is what happiness is I’ve never experienced it.”

The dancer added: “It’s hard to find somebody who’s compatible with you. I feel like I’ve come full circle. It’s great to have found him after being single for so long.”

Shirley also said her new man didn’t know who she was until their first met.

She revealed: “He was like: ‘Shirley who?’ He’d never watched Strictly and knew nothing about me. It’s been a warm experience.”

Shirley had previously revealed on This Morning that past relationships had “gnawed away” at her confidence.

She said: “I never thought I would find anybody in my life that I cared about again. But yes, I’ve met someone very nice and we are very happy.”

Back in January, the Liverpudlian admitted while appearing on Lorraine that she had a new man in her life.

She also said that her son Mark, 32, – whom she has with second husband Corky Ballas – helped her to build up her confidence to get back in the dating game.

She added: “My son and his wife bought them for me for Christmas, they represent freedom. The butterflies that can fly in and out and land in different gardens.

“He [her son] is wishing for me to have a good relationship over the age of 50. He’s encouraging me to go out and date and out a little bit more on the scene.”