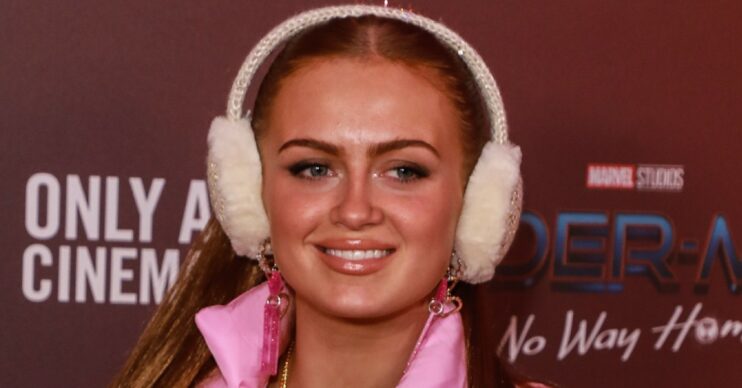 Maisie Smith shows off natural beauty ahead of Strictly tour

The actress looked stunning without her trademark makeup and hair extensions

The 20-year-old actress left fans with their jaws on the floor after posting a series of pictures on Instagram, showing off her natural beauty.

Usually seen with hair extensions and makeup, Maisie shared her makeup-free look on her stories.

Wearing a grey tracksuit, she is seen showing off her natural red curls.

Maisie, who is best known for playing Tiffany Butcher-Baker on EastEnders, wrote on the first pic: “Wet hair n that.”

She then dropped another snap, adding “Another 1.”

When does the Strictly Live Tour start?

Maisie is currently in a London hotel as she trains for the tour, which kicks off next week.

She was announced as Kai Widdrington’s partner last week, following the news that AJ Odudu can’t take part due to injury. AJ missed out on last month’s final after damaging ligaments in her right ankle.

Maisie was a finalist in the 2020 series, dancing with Gorka Marquez.

Who is Maisie Smith dancing with at Strictly live?

Kai announced that he would be dancing with Maisie on the tour last week.

He wrote on Instagram: “I’m really gutted to hear that @ajodudu won’t be able to join me on the BBC Strictly Tour around the UK.

Yesterday (Wednesday 12 January) Kai shared a snap of him and Maisie in training.

He captioned it: “Rehearsals for the @strictlycomedancinglive tour are well under way.”

Elsewhere, AJ has been keeping fans up to speed on her recovery, posting videos of herself at an appointment with her physiotherapist.

She took to social media to assure fans that she’s recovering well.

The Strictly Come Dancing Live Tour kicks off on Thursday, January 20, in Birmingham.

Head to our Facebook page EntertainmentDailyFix and tell us if you’d have liked to have seen Dan on the Strictly tour.