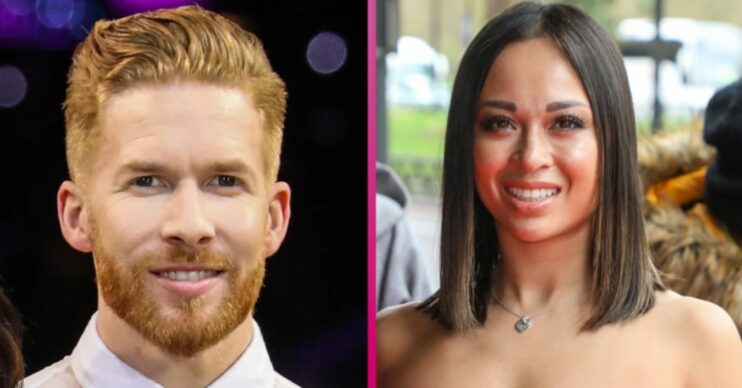 Neil and Katya were together for over a decade

Strictly Come Dancing star Neil Jones is still “messed up” over his split from former wife Katya, his ex-girlfriend has claimed.

Luisa Eusse reckons Neil, 39, was worried she might stray during their five-month romance.

The Colombian dancer also indicated dancer Neil was “constantly anxious” she could be seeing other men and women.

Speaking to The Sun, Luisa shared: “[Neil] was messed up by what happened with Katya – and it affected our relationship so much I felt he could never trust me.”

She also told the newspaper that Neil would wait up for her if she went out in the evening and probe her about where she had been.

Luisa claimed she felt he was acting as if he was her father – and she found that “impossible”.

She reflected: “I can understand it in some ways and you can’t blame him for still being bruised by Katya’s cheating but I couldn’t live with someone like that.”

ED! has approached representatives for Neil and Katya for comment.

How did Neil and Luissa meet?

According to reports, the pair first met in a nightclub – and within weeks she moved in with him.

However, despite having a fondness for ginger men, Luissa told The Sun she claimed she saw ‘another side’ to Neil.

I felt he could never trust me.

She said: “When I said we should do something kinky, like buying some sex toys, he suggested getting some nice facial cream so we would look amazing in the morning.”

What happened between Neil and Katya?

The former couple were together for 11 years before they broke up.

In October 2018, Katya was photographed kissing her Strictly dance partner Seann Walsh in the street.

Ten months later, the dancing duo announced they were over.

At the time, they said: “We have made the mutual decision to separate.

“We will always love each other, just in a different way as friends.”