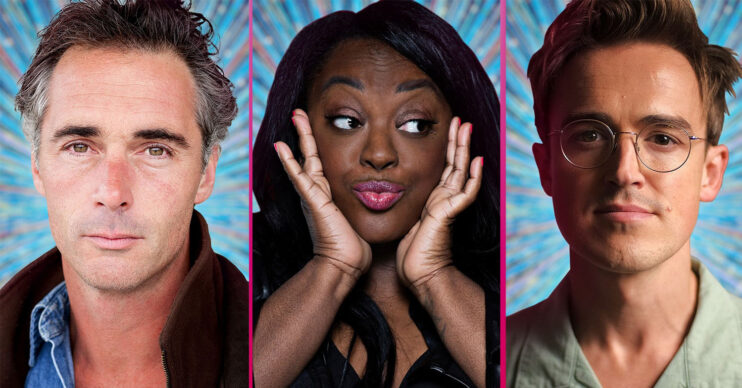 Strictly Come Dancing 2021: Bookies reveal favourite to be winner ahead of series launch

The new series begins this month

The 2021 series of Strictly Come Dancing will be starting very soon and bookies have already revealed the top favourites to win the series.

And the celebs may not have taken to the dance floor just yet, but it seems there’s already favourites to take the Glitterball trophy.

According to Betfair, McFly star Tom is favourite to win with odds at 4/1.

Olympic swimmer Adam Peaty is next with odds at 10/1, followed by TV star Rhys Stephenson also at 10/1.

A bit further down we have Gordon Ramsay‘s daughter and TikTok star Tilly, with odds placed at 11/1.

Near the bottom we have Dragons’ Den star Sara Davies at 20/1.

Finally, at the bottom is former EastEnders star Nina Wadia with odds placed at 25/1.

Betfair spokesman Sam Rosbottom said: “With just over a fortnight to go, Tom Fletcher is the 4/1 favourite to waltz his way to the Glitterball trophy.

“But hot on his heels are Robert Webb and Rose Ayling-Ellis at 5/1, followed by presenter Dan Walker at 9’1…

“…and decorated Olympian Adam Peaty at 10/1.

“Eastenders star Nina Wadia is the outsider at 25/1 in what is set to be one of the most fiercely competitive series in years.”

When does Strictly start?

Strictly is reportedly set to begin on Saturday, September 18.

Are you excited for Strictly? Leave us a comment on our Facebook page @EntertainmentDailyFix and let us know.