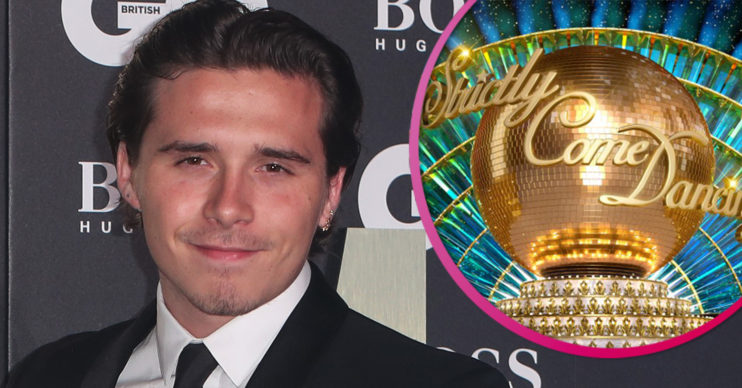 The 2020 series will begin later this year

The 21-year-old aspiring photographer is a major target for the show’s producers as they finalise the line-up for the upcoming season of the dance competition.

A source told The Mail on Sunday newspaper: “Brooklyn would be a dream signing for Strictly. He’s being written about absolutely everywhere.

“He has a huge social media following and would raise the profile of the show, not just in the UK, but also in America where he has a lot of fans.

“But more than that, imagine having Brand Beckham behind him. The issue, though, is that Brooklyn is a shy boy and, other than dancing at the odd party, he doesn’t have much experience.”

Meanwhile, reports suggest Strictly bosses have devised “hundreds” of potential formats for this year’s show in case regulations change amid the Covid-19 pandemic.

The BBC confirmed the Latin and ballroom show is to take place this year but would be slightly shorter.

Brooklyn would be a dream signing for Strictly.

In addition, “big decisions” are reportedly being “left to the last minute” so producers know what the latest guidelines are.

A BBC source recently said: “Preparing for this year’s show is a huge headache. The goalposts keep moving, so the big decisions’ being left to the last minute so we’re as up to date as possible.

“But any concrete things we can decide on now, we are doing. Making one hit series is hard enough. As things stand, we are having to plan for hundreds.

“The slightest change to the rules could have a massive impact on how the show is filmed.

“But everyone’s determined to get this thing on screen and in a way that is as close to the normal version as possible.”