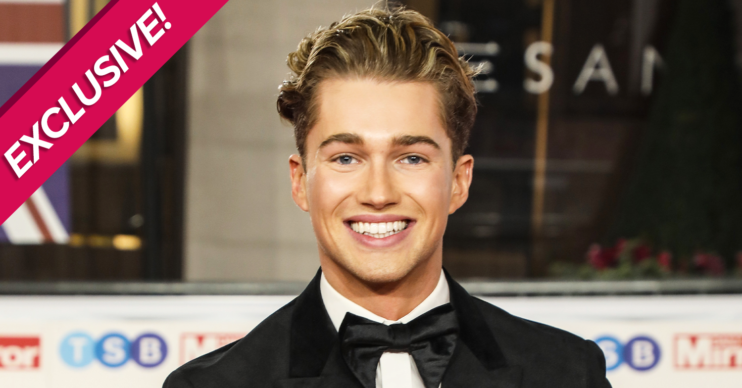 Strictly: AJ Pritchard admits he’ll ‘miss’ dancing on this year’s show but it’ll be ‘nice not to have the stress’

He quit after four years earlier this year

Former Strictly pro AJ Pritchard has revealed he will “miss” performing on this year’s show.

Speaking during an exclusive joint interview with brother Curtis for Entertainment Daily, AJ has revealed that “of course” he’ll be watching this year’s series.

He also admitted that leaving the show that made him a household name was a huge “leap” for him.

What did AJ Pritchard say about Strictly?

“I feel like the way it’s worked for me, I’ve done my four years, I feel like I’ve set myself in where I want to go in terms of presenting and putting on shows with my brother and really pushing myself.

It’ll be nice to sit down as a normal person and not have the stress and just to enjoy the show and watch friends and colleagues dancing and performing.

“I think you have to make that kind of leap and be very confident in what you want to produce. I’m very happy,” he added.

He’s also pleased he’ll miss out on the “stress” of being in the show – and will enjoy watching it as a “normal person”.

“It’ll be nice to sit down as a normal person and not have the stress and just to enjoy the show and watch friends and colleagues dancing and performing,” AJ added.

Elsewhere, AJ’s name has been in the frame for a rather famous reality TV show that’s moved from Australia to Wales this year due to COVID-19.

So what’s the truth? Is he taking part in this year’s I’m A Celebrity?

Or is he too busy with his recently announced podcast and autumn 2021 tour – both with brother Curtis?

“I think that is just talk in the paper,” AJ said, slamming the I’m A Celebrity rumours.

“Myself and Curtis are doing our podcast and I’m very busy with that.

‘They’re going to be wet, cold and starving’

However, the brothers appear to have one stipulation, it needs to be back in Australia before we’d see them in the show.

Curtis recently revealed he put on two stone while in the Love Island villa and, just six weeks ago, he revealed he was down to his goal weight with WW.

Was the weight loss promoted by the criticism he received upon coming out of the villa?

“Obviously it’s not nice when people are commenting about you. But it’s a weird one really,” he said.

“I didn’t really lose weight because people commented on me. It’s been a longer thing than that. I’ve always fluctuated up and down in weight, doing crash diets and I never really had a healthy relationship with food.

“Going on to Love Island it was like I was on holiday. So I was eating as much as I wanted, so then I was like, I really need to lose weight.”

AJ and Curtis are touring the UK with their new show, AJ & Curtis’ Big Night Out, next autumn. Tickets go on sale on Monday (October 19). For more details, visit the boys’ website here.

You can also listen to their brand-new weekly podcast, AJ V Curtis, from Monday on Global Player or wherever you get your podcasts. A new episode drops every week.