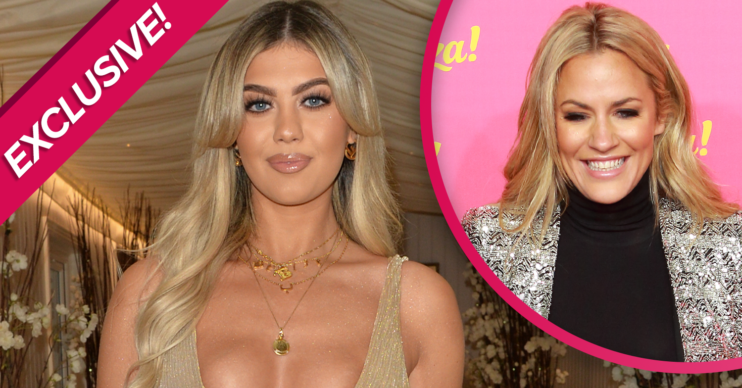 Belle has struggled with her own mental health, too

Opening up about her own mental health and the impact of trolls, Belle said: “I just think people need to mind their business.”

Caroline sadly took her own life earlier this year and, Belle told us, there are lessons to be learnt from it.

What did Belle say about trolls?

“If you don’t like something, you’ve always got the option to mute someone or unfollow them or block them. You don’t have to make a comment.

“People think we don’t see it because we’ve got such large followers. But I’ve got a million followers and I still pretty much see 80% of what comes through. There might be one or two comments that slip though, but those other comments…

“But it’s just about keeping your opinions to yourself,” she said. “If you want to say something nice, then lovely, spread positivity. But just be kind because that one comment could ruin someone’s day.”

What did Belle say about Love Island host Caroline Flack?

Speaking about Caroline, Belle described the former Love Island host as someone who would “light up a room”.

When she walked in she would light up the room. She was just amazing.

She said: “She was lovely. So lovely. She’d always compliment the boys and girls. She never said anything horrible, which is why it was so sad that she got trolled.

Speaking about her own experience of trolls, Belle said she posted some of the hate posts she’d received to Instagram recently.

Read more: Apple Pie Baileys launches in the UK and Brits are thrilled

“People were saying: ‘Oh she’s too fat to wear shorts.” I just started laughing. All of a sudden all these messages come through and everyone’s like are you alright, this is disgusting. And I was like f**ing hell, should I be upset? I just thought it was f**ing hilarious.

“If people can say a size 8-10 is too fat to wear shorts then the world is just ridiculous. That is a load of sh**, don’t be stupid.”

Her own mental health issues

Belle has had her own mental health issues in the past, though.

Speaking on her dad, actor Tamer Hassan, on his podcast, Belle revealed she self-harmed when she was younger.

And, at one point, she even considered taking her own life.

So was she worried about going onto Love Island, a show that has seen many of its young stars take their own lives?

“If I still felt like that I’d have never have done the show,” she told ED!.

“I don’t think at that time in my life I could’ve dealt with being on the show.

“When you’re in there it’s quite a hard experience. There’s quite a lot going on. When I first went in there, the first week, I had about 20 tiny little ulcers on my bottom lip because I was so stressed out.”

She added: “Just before going into Love Island I had a boyfriend for three years and he actually cheated on me. I was really upset and down so Love Island for me was a safe place, if anything, it got me away from it and took my mind off it.

“It was a lot to deal with. I did panic,” she continued.

How are things with Anton?

One thing she is keen to set the record straight on, though, is her relationship with fellow Love Island star Anton Danyluk.

The pair had a brief romance after leaving the villa but separated, he said, due to distance.

However, while Anton isn’t ruling out a reunion, Belle most definitely is.

On tonight’s Love Island: What Happened Next? show, Anton is nothing but complimentary about Belle.

However, she told us: “Do you know what it is, he’s a lovely boy but he just is a nightmare. When he came out, the fame kind of hit him more than maybe it should.

“He wouldn’t really make a lot of time, he was just a bit all over the place. When I’ve seen him since he’s said: ‘I’m really sorry, shall we sort things out?’ And I’m like: ‘Well, no, maybe not.’

“I think it’s too far gone now. We’re better off keeping it as friends as I wouldn’t want to end up in a situation where we weren’t close and I don’t want to dislike him again. I just about like him again,” she laughed.

Watch Love Island: What Happened Next? tonight at 9pm on ITV2.