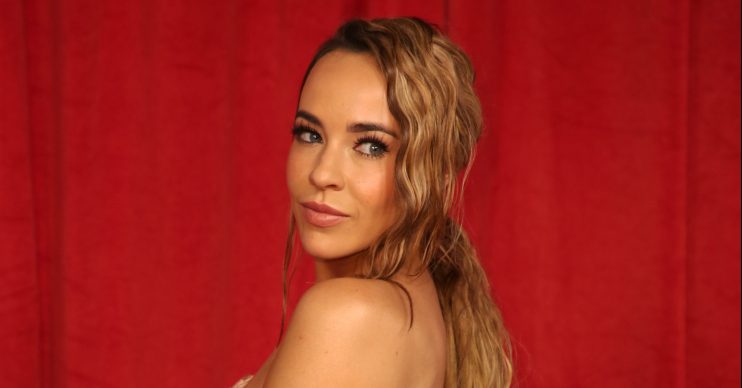 Hollyoaks actress Stephanie Davis has revealed her ‘major’ weight loss after stepping up her exercise regime following her split from co-star Owen Warner.

Steph, 26, split from Owen, 20, in September after dating for nine months, with reports at the time saying she was heartbroken.

But seemingly bouncing back from the heartbreak, Steph has thrown herself into fitness and is running again.

Sharing the results on her Instagram Stories, the actress posted a picture of her “baggy trousers” as she highlighted how much room she now has in them.

Alongside the snap, she said: “Baggy trousers! Seeing major results, lost a lot of weight. I need me a new wardrobe. Looking forward to relaxing this weekend before Monday.”

A few weeks earlier Steph had said she was back running again and also dancing more.

She posted a shot of herself lying on an exercise mat after a strenuous work out and wrote: “Lost weight, absolutely dying after today’s session, loving running again, feeling weak now.”

The mum-of-one and Owen split in early December, with a source telling The Sun “there is no going back”.

They added: “Steph is absolutely heartbroken and devastated it’s over – she wanted to be with Owen forever and now all of a sudden she’s mourning the loss of him in her and Caben’s lives.

The former couple, who moved in together just months after they started dating, met when she returned to Hollyoaks to reprise the role of Sinead O’Connor after a three year break from the show.

Just a few months ago Steph spoke about “finally” getting her happy ending. She shared on Instagram: “For where I am in life now, I’m winning. It’s all about my beautiful baby boy and if I’ve made him proud, then that’s all that matters!

“Caben has a happy mummy (still a tired one haha but happy) I met my best friend Owen and… I finally FINALLY got my happy ending!”

Meanwhile, Steph’s ex Jeremy McConnell recently announced he was expecting a baby with his solicitor girlfriend.