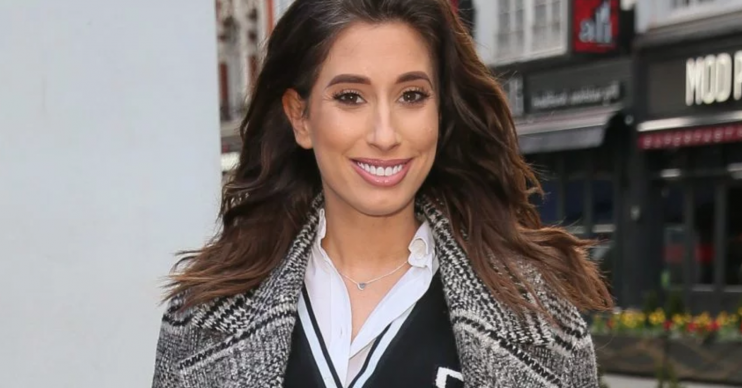 A defiant Stacey Solomon filmed herself on the TOILET last night as she hit back at online haters who criticised her choice of clothes for her kids.

The Loose Women star – who is not taking any flak from trolls these days – dumped on her faceless critics in a blistering tirade as she was parked on the porcelain.

Stacey, 30, lashed out after coming under fire from some of her social media followers who complained she was not taking enough measure to ensure her three lads are kept warm enough.

But the mum-of-three was having none of it – and let the trolls, who she has come to give the collective name of ‘Susan’, know exactly what she thinks of them by addressing them as she underwent her ablutions.

Initially sitting in the bath as she began her broadcast on Instagram, Stacey sarcastically said she wanted to reassure those interfering in her and her family’s business.

Sorry Susan I don’t actually have time to put your mind at ease.

“Not enough blankets, school shorts instead of school trousers… so I just wanted to put their minds at ease.”

Moving over to take her position on her bathroom throne, Stacey then indicated that she couldn’t give two hoots about the opinions of those who are deliberately trying to rile her.

“Sorry Susan I don’t actually have time to put your mind at ease,” Stacey continued.

“I didn’t have time argue about the school shorts this morning and I forgot a blanket on the school run this afternoon.”

Wishing the wind ups a happy day, she concluded: “Now I am sitting here finishing a poo I started at 6am.”

Only last week Stacey told the keyboard warriors to ‘have a day off’ after they harassed her for wanting to be alone in the bath.

And just days before that the TV fave was ‘mum-shamed’ over cuddling baby Rex ‘too much’.

She fumed on her Insta Stories at the time: “I’ve been lucky enough to come across some interesting messages this morning from some Susans.

“‘Why is your baby not through the night yet? 4am? That’s not normal, it’s probably because you cuddle him to sleep far too much’,” she said, as if voicing the Susans’ concerns herself.

An unamused Stace responded: “Maybe, Susan, you shouldn’t be messaging sleep-deprived mothers who don’t give a shoe’s horn what you think of their sleep routines?”

She continued, hinting those making the anonymous remarks should button it: “I love to give him a cuddle to sleep and I don’t want to let him cry it out.

“Sometimes he sleeps really well and sometimes he doesn’t but it works for us. If we’re happy, you should be too.”