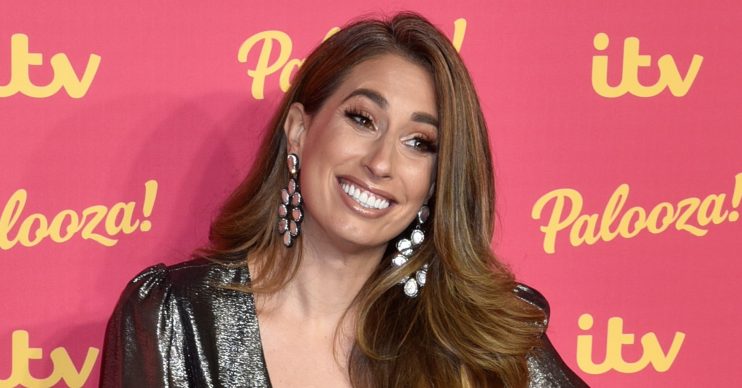 She says she's been deprived of sleep

TV’s Stacey Solomon shared a video with her fans on Instagram yesterday, in which she admitted that she’s been an “anxious mess”.

The Loose Women star, 30, who gave birth to her third child Rex last May, filmed the clip while sat on the toilet.

And she revealed that the cause of her worries was sleep deprivation.

In the 30-second video, which Stacey uploaded to her Instagram Stories, she told her followers: “It’s only this morning, after he [Rex] slept through the night, I realised why I’ve been feeling so funny.

“You forget what waking up in the night does to you, so after a good few weeks of it, it builds up and builds up, and you become an anxious mess.

I forget what waking up in the night does to your mind.

“It’s only this morning because he slept through the whole night that I realised that’s what I needed – a full night’s sleep.”

Stacey captioned the video: “Just sitting on the toilet reading through your messages, as you do… Thank you for all of your lovely messages. I forget what waking up in the night does to your mind.”

Rex is Stacey’s first child with her partner, Joe Swash. She also has two children from previous relationships.

The former X Factor star has previously been outspoken about her experiences with anxiety.

In a recent exchange with a fan on Instagram, she revealed that she likes to put things in jars at home to keep her worries at bay.

She revealed: “I get it all the time. I think that’s why I like to organise and do little bits and pieces that really keep my mind occupied.

“Whenever I’m organising a drawer, it completely takes my mind off anxiety and anything else that’s worrying me.”

Last week, we reported that fans of Stacey and Joe were convinced that the couple had tied the knot.

Eagle-eyed observers reckoned they’d spotted a wedding ring on Joe’s finger while he competed in Dancing On Ice.

However, it turns out the ring was one that belonged to Joe’s late father, and which he often wears for luck.