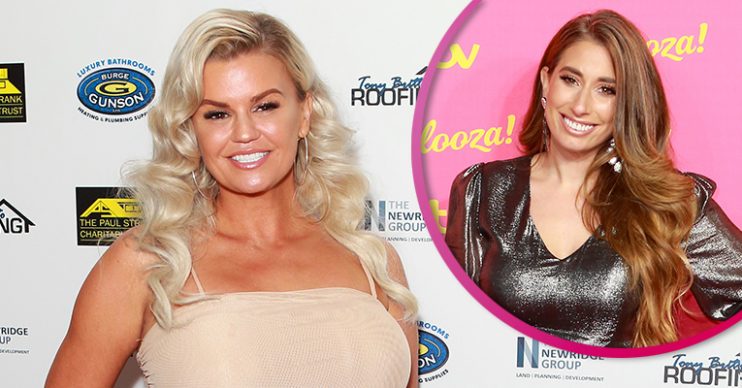 Mother-of-three Kerry Katona has heaped praise upon Stacey Solomon after the new mum shared a picture of herself in a bikini.

The picture showed Stacey sitting on the edge of a pool with son Rex.

She captioned the shot: “New year, same me. Because why change something that brought me the most happiness I could ever imagine.”

Now, speaking in her New! column, Kerry has said she has “lots of respect” for Stacey for sharing the snap.

Read more: Cheryl branded a “sperm bandit” after she reveals plans to use donor for her next baby

Kerry said: “I have lots of respect for Stacey Solomon, who shared a lovely pic of her post-baby bikini body last week. How relatable is that?”

It’s wintertime, we need a bit of insulation around our tums!

The former Atomic Kitten singer added: “It’s winter time, we need a bit of insulation around our tums and that’s how mums look after a baby!”

Kerry – who admitted using Skinny Jab weight loss injections – also said that she’s “past the point of caring” what people think of her now she’s almost 40.

After having five kids, Kerry said she has stretch marks on her belly and admitted it was “hard” seeing “perfect slim celebs” on the beach at this time of year.

She concluded: “Kudos to Stace for bucking that trend!”

It’s been an eventful week for Kerry with her kids – she recently said she was “in bits” after son Max put superglue in the hair of his sisters Heidi and DJ.

Daughter Molly offered some good news though as she revealed she passed her driving test.