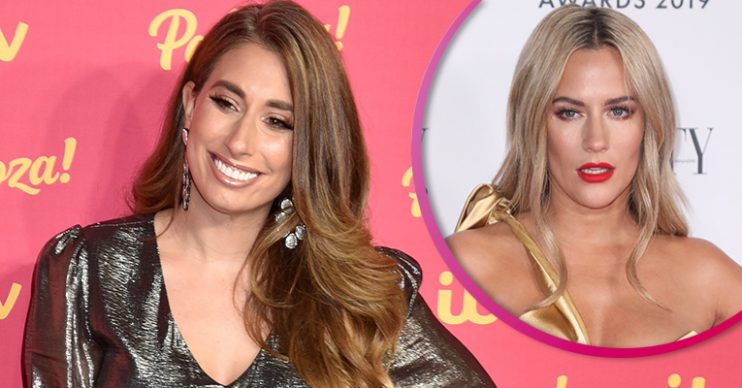 The former Love Island host – who took her life last month at the age of 40 – will reportedly be laid to rest today at a private funeral held for friends and family.

Stacey, whose boyfriend Joe Swash was close friends with Caroline, has said it “doesn’t feel right to be on social media” today so she’s taking a break.

In a post shared to her Instagram Stories, Stacey said: “Today it doesn’t feel right to be on social media… so from me and the boys, we hope you have a good day.

“Hold your loved ones close, give them all of the cuddles you have in you and let them know how much you need them in your life.

Today it doesn’t feel right to be on social media.

“You never know when they really might need to know. Love you all.

“If you’re struggling with today, yesterday, the thought of tomorrow, please let someone know. Anyone.”

Stacey then share details of mental health charities, including Samaritans.

Joe was recently crowned the champion of this year’s Dancing On Ice and he paid a subtle tribute to Caroline during one of his performances.

The presenter asked for the words “Be Kind” to be written onto a prop for his show dance.

Before her death, Caroline had posted the quote to her Instagram which read: “In a world where you can be anything, be kind.”

During a Charlie Chaplin-inspired performance last night, the poster was visible among the set of props.

In a video shared to his Instagram Stories, Joe spoke about the decision to include the poster.

“Obviously we lost Caroline and we’re trying to spread the word, we need everyone to be kinder.”

Caroline tragically took her own life at her home in London on February 15.

The star, 40, was due to stand trial for the alleged assault of boyfriend Lewis Burton, 28, on March 4.