Embarrassed Stacey Solomon has apologised after she accidentally typed 'Muslims' into an online post about teething.

Stacey, 30, had reached out to fans and asked for help after her 11-month-old son Rex began suffering with sore gums. 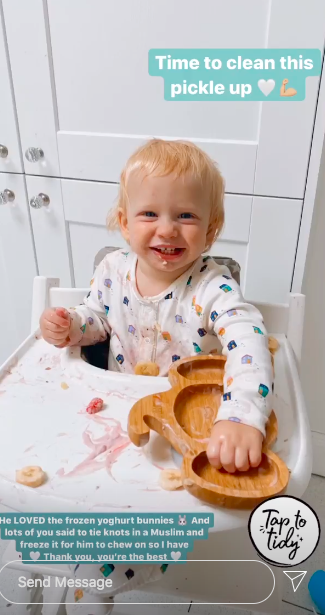 But after being given some advice, the Loose Women star made a faux pas when sharing the tip on social media.

She added: "Lots of you said to tie knots in a Muslim and freeze it for him to chew on so I have. Thank you, you're the best." 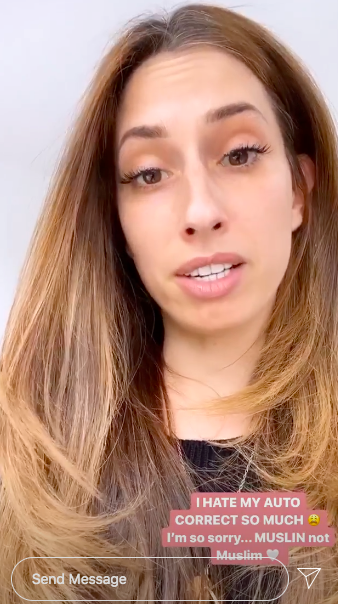 She has apologised for her autocorrect blip (Instagram/ @StaceySolomon)

Stacey, who has three children, has since realised her mistake and apologised.

Feeling red-faced, she said in a video: "Oh my God, I hate my autocorrect so much.

"I meant to write muslin, not Muslim. I'm so sorry. I promise I didn't tie up a muslim and put him in the freezer!" 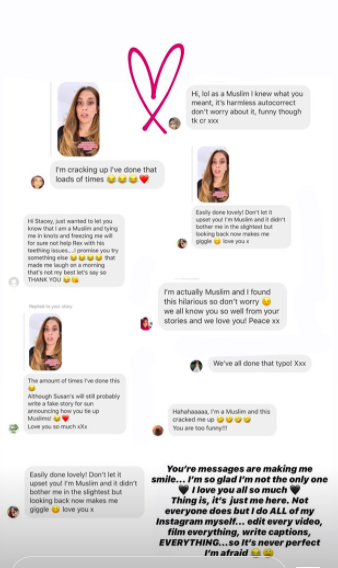 Fans have told Stacey not to worry about her unfortunate error (Credit: StaceySolomon)

Given how lovely Stacey is, it's unsurprising that she has been inundated with kind messages about her error.

One fan said: "I'm actually a muslim and found it hilarious, so don't worry!

"We all know you so well from your stories and we love you. Peace x."

🤍 Never let the world change your smile. Instead use your smile to change the world 🤍 I just wanted to say thank you. Thank you to each and every one of you for always being so bloody lovely. So kind and supportive. For sending messages that build people up and make them feel like they have THE best group of friends EVER. You are angels and you have no idea what difference you make to someone who sometimes need to hear your kind words. There will always be someone out there trying to bring you down. Don’t give them the power to take your smile away. The only keeper of your happiness is you. So keep it far away from harm 🤍 you deserve to be happy 🤍

Another added: "Hi, lol as a muslim I knew what you meant, it's harmless autocorrect, don't worry about it."

A third even teased: "I just wanted to let you know that I'm a muslim and tying me in knots and freezing me will for sure not help Rex with his teething!"

Sharing a shot of all the sweet messages to her account, Stacey added: "Your messages are making me smile.

🤍 It’s going on the wall 🤍 It doesn’t happen often but tonight Hoe took the nicest picture I think it’s one of my favourites 😍 We did NOT complete any school work today, but we made memories in the woods that will last a lifetime. Now we are all clean (it took me quite a while to get the mud out of my nails) and ready to watch The hunchback of Notre Dame, (it’s my night to pick the film😂) with our milk and Daim bar cookies from yesterday! Hope you’re all ok... Thinking of you always... 🤍

She added: "Thing is, it's just me here. Not everyone does but I do ALL of my Instagram myself.

"Edit every video, film everything, write captions, EVERYTHING. So it's never perfect I'm afraid!"

Meanwhile, Stacey has been busy planning Rex's 1st birthday. The tot turns one this month and something tells us her 'at-home' party will be epic!