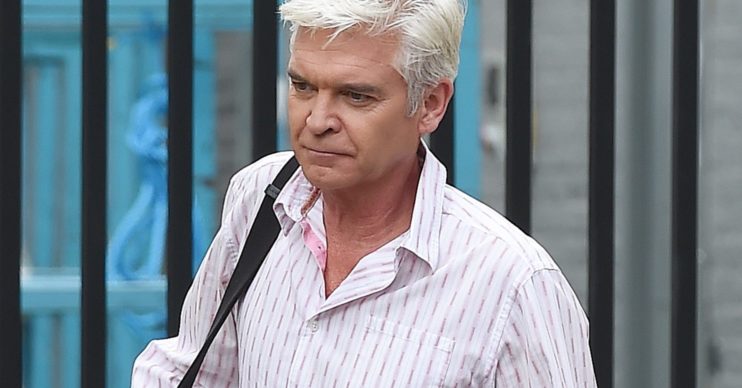 TV’s Phillip Schofield has hit back at new boyfriend claims after he enjoyed a walk with a male friend.

Phillip, 58, snapped a selfie during his socially-distanced stroll before sharing it on Instagram.

Read more: Dancing On Ice ‘will return in 2021 with top budget for talent’

But rather comment on the rolling hills and countryside, some followers were more fixated on his pal.

In February, Phillip revealed he is gay and so he was asked whether the man could be his boyfriend.

But the dad-of-two was quick to shut down the speculation, insisting they are not romantically involved.

Phil had told his followers: “First socially distanced walk with a mate!

“Thank you @sischofe .. last person I had a drink with before the wheels fell off, first I’ve seen as we try to reattach them!”

This is not the first time Phillip has been forced to clear up a few things during the UK’s lockdown period.

Two weeks ago, the ITV star posed for a picture with his wife Stephanie and daughters Molly, 27, and 24-year-old Ruby.

The family had got dressed up for a murder mystery party, with Phil taking on the role of a movie director.

But the smiley photo followed reports that Phillip had moved out of the £2 million family home.

It had been claimed the This Morning host had moved into a London flat.

The Government has warned people to stay in one house during the coronavirus pandemic, so it was feared Phillip had broken the rules.

But clapping back at the accusation, Phillip told his fans he has NOT moved out of the family abode.

Phillip later proved is point by filming a clip of Stephanie cutting his hair.

The ‘quarantine cut’ footage was taken in the house, with Phillip praising Stephanie for her barbering efforts.