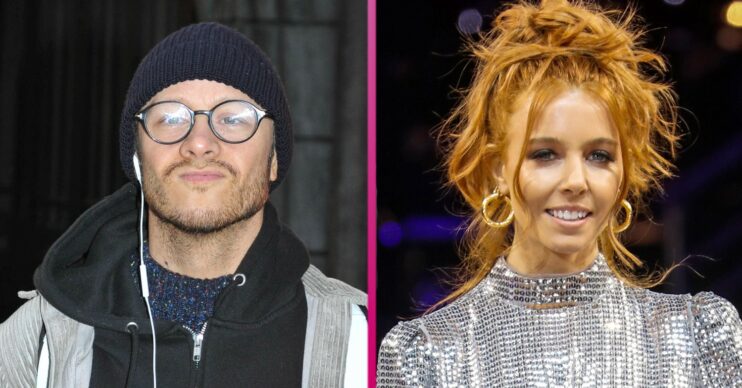 The couple have been together since 2019

Stacey Dooley and her partner Kevin Clifton have sparked rumours that they’re engaged with a sweet picture on Instagram today (Thursday, March 10).

Stacey can be seen flashing a ring on her finger in the snap, leading to many speculating that she and Kevin are finally going to tie the knot.

Stacey has set her fans’ minds racing today with her latest Instagram snap.

The 35-year-old TV star uploaded a sweet snap of herself and her partner, ex-Strictly star Kevin, to Instagram earlier today.

In the picture for her one million followers to see, Stacey looks lovingly up at Kevin, 39.

Read more: Stacey Dooley distracts The One Show viewers with her appearance

Stacey sported a long black dress, and on her finger is a ring.

Whilst not on her left hand, some fans speculated that the photo could well have been flipped. This has led to many of her followers speculating that the star is now engaged.

ED! has contacted Stacey and Kevin’s reps for comment.

How did fans react to Stacey Dooley and Kevin possibly being engaged?

Plenty of Stacey’s followers took to the comments to speculate.

“Is that an engagement ring,” one of her followers said. “If so massive congrats.”

“Is it just me or am I spotting a ring there…?” another asked. “What a beautiful pic.”

“Marry her!!!” another implored of Kevin.

“Look at how you 2 look at each other. Sizzling hot,” a fifth wrote.

This isn’t the first time recently that Stacey and Kevin have sparked engagement rumours.

Back in December, Stacey uploaded a sweet snap of herself and Kevin cuddling on the sofa.

In the picture, Stacey wore a gold ring on her finger. This led to speculation.

“Is that an engagement ring poking out from under your jumper???” one of her followers asked at the time.

However, one follower wasn’t fooled and pointed out that it was a signet ring on Stacey’s finger, not an engagement ring.

“Let them decide when the time is right and if it’s right for them,” they said.

Stacey and Kevin have been together since 2019. Their relationship began shortly after they won Strictly in 2018.