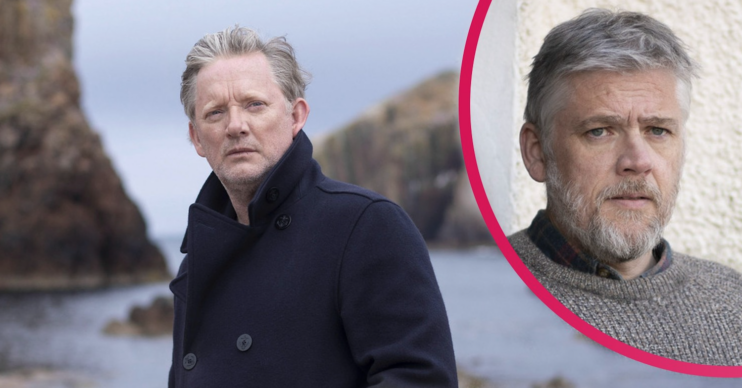 Shetland episode 3: Eight questions we need answers to after that explosive ending

Well, that was quite the finish!

The BBC crime drama revolves around the murder of lawyer Alex Galbraith, but with new suspects emerging where are we now?

So here are our burning questions from episode three. We need answers!

The war veteran has been a suspect ever since it emerged that Galbriath refused to represent him after he was accused of war crimes.

There’s no doubt that Creggan has been left broken by his war experience, and we saw him suffer terrible nightmares in this episode.

He also surprised Jimmy by meeting with the Syrian migrant family, and told the cop there’s a lot he doesn’t know about him.

But this doesn’t explain why thugs would target his home, throwing firebombs all over the shop.

Could it be because they were racist thugs and weren’t happy with Logan helping the Syrian family? Or were they someone else connected to the murder?

In the inferno that followed at Logan’s homestead, the vet lapsed back into full war mode.

The attack was extremely triggering for Logan, who reached for his rifle. He obviously became extremely confused and started shooting at everything that moved.

This included his son Fraser, who came running out of the house to see what was going on.

The lad was soon shot dead in the ensuing mayhem, but who pulled the trigger?

Did the thugs have a gun, or was Logan so confused he shot him by accident?

What were the bullets in his shed?

We were told that ballistic examination on the bullets that killed Alex Galbraith revealed that they were professional.

But when Jimmy arrived at Logan’s fire-eaten home he ook a look in his shed, where he found all manner of pro-looking bullets.

Logan, despite the motive, looked of the hook.

But do the bullets incriminate him?

Shetland episode three: Who is Maurice Ross and what has he got to do with anything?

Tosh, looking through Galbraith’s accounts, saw that the lawyer paid for his ex-client Maurice Ross to reside in a care home.

It turned out that Ross hired him to investigate the disappearance of his daughter some years before.

Is Maurice Ross – or his daughter for that matter – involved?

What has Carrie McAndrew’s company got to do with it?

Mick Muir – related to Logan Creggan and working on the rig Eamonn Gauldie was murdered on – still looks shady.

He’s living with Carrie McAndrew, who has a catering business linked to Galbraith and worked on the rig as a cook.

Is she now a suspect, too?

In Shetland episode 3, forensics found the note given to Eamonn Gauldie in the decompression chamber.

They took their time.

It read ‘silence is golden’.

Who was trying to keep him quiet?

What is a cake fridge?

Poor Jimmy and his dad. He was found wandering some back roads on his own and he visited a ‘cake fridge’.

This sounds too good to be true, and we do have an answer for this.

Cake fridges are like honesty boxes – people leave cakes in the fridge and people can have a nosh and leave what money they feel they can spare.

What a great idea!

Will Jimmy and Meg get together?

Donna Killick’s carer, Meg, is getting closer to Jimmy.

And Jimmy seems to be warming to her, even though he’s got a million things on his plate.

Will they finally get together? Go on Jimmy, you deserve a bit of happiness.