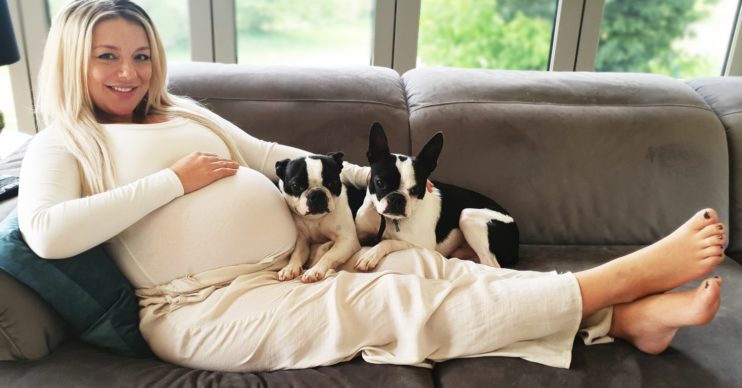 Actress Sheridan Smith has spoken out about her fears over her mental health after she gave birth to son Billy during lockdown.

The 39-year-old has revealed all in a new ITV documentary called Sheridan Smith: Being Mum which airs next week.

The TV and theatre star gave birth to first child Billy during the coronavirus lockdown, something she found tough as it meant she and partner Jamie had to learn things on their own without support.

Sheridan’s documentary explores her journey as a new mum, and she’s honest about her mental health fears too.

When her dad died in 2016, Sheridan struggled with her mental health and she worried the pregnancy would bring old issues up again.

She said: “My dad died and I think things that I hadn’t dealt with caused the big explosion, mentally.

“It’s such a huge thing to have a baby. If you’ve had a mental health issue in the past, you worry it will rear its ugly head again. I would hate for the wheels to come off.”

Speaking in an interview with The Mirror, she said: “Maybe I was looking for something in the wrong places and now I feel like I’ve found it in this little boy.”

She opened up on hoping that her honesty would help other new mums: “I speak about things that I have never spoken about before – not even to my family and loved ones.

“There are things revealed that I had been too ashamed or embarrassed to say before, or I’d never felt it the right time to say.

“But I thought, if I’m going on this journey for other women who feel like that, then I need to be completely honest about what’s happened in my life.”

So proud of my beautiful son Billy! He is the best thing to ever happen to me! A love like no other! 💙👶🏻

Sheridan had it tougher than most as baby Billy was born during the lockdown phase of the coronavirus pandemic, leaving her new family isolated from other family members. However, Sheridan has described it as ‘a blessing in a way’ as it forced them to rise to the challenge.

Sheridan has also praised partner Jamie, she said: “Jamie has been just amazing. He’s been my rock through everything.

“It’s also hard for him because if you don’t have experience of it, you have to learn quickly and he’s been reading up on mental health and knowing how to deal with someone who’s had those issues in the past.”

Sheridan Smith: Becoming Mum is on Tuesday, September 1 at 9pm on ITV