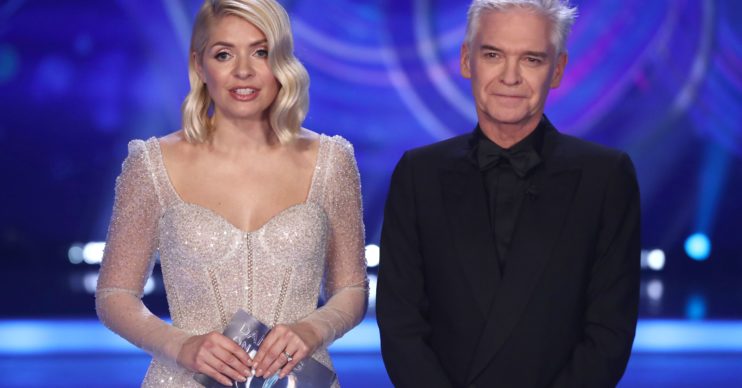 Dancing On Ice: Denise van Outen has ‘signed a £40,000 deal after impressing bosses’

The 46-year-old presenter and actress was one of a number of stars who recently auditioned for the next series of the ice-skating reality TV show.

Denise reportedly impressed show bosses so much that they offered her a deal.

A source told the Daily Star newspaper: “After some top secret negotiations, Denise was offered the chance to take part and she jumped at the chance.

“They know she will give it her all in training and be popular with viewers.”

The multi-talented performer has most recently entertained viewers on Celebrity Gogglebox alongside her boyfriend Eddie Boxshall.

Fans of the show loved their naughty banter. In one episode, they were watching Supervet, in which a dog came in with a majorly damaged jaw, but things worked out in the end.

“A nice happy ending, it’s not often you get that, is it?” Denise deadpanned, before asking Eddie if he liked a happy ending.

“What, straight after that?” he quipped. “Not normally but I’ll give a go.”

A source told The Sun newspaper: “Everyone was in high spirits and excited to be working again.

“Places on a primetime show are lucrative and contestants get a huge career boost by taking part.

“There are likely to be other auditions for celebrities based in more remote areas, and even abroad.”

Which celebrities are doing Dancing On Ice 2021?

There are 12 unconfirmed celebrity skaters on next year’s series – hopefully back in January, with training beginning in the autumn.

Others who are keen to land a place on the programme included Ru Paul’s Drag Race star Baga Chipz, 30, TOWIE’s Billie Faiers, 30, Made In Chelsea’s Olivia Bentley, 24, and former The Bill star Lisa Maxwell, 56.