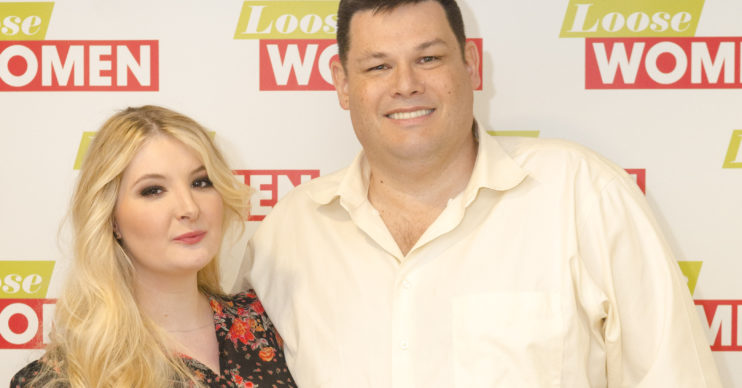 The Chase star Mark Labbett has split from his wife Katie after their open marriage failed to work out.

“The Beast”, 55, discovered Katie was in a relationship with another man, Scott, 18 months ago.

Mark Labbett and Katie were married for seven years

The couple, who share a three-year-old son, decided to remain together and Katie, 28, continued to see Scott, 30.

But lockdown brought things to a head and they have decided to separate after seven years of marriage.

“With Katie seeing Scott after lockdown, it’s got to the point where I realise it’s better for us to go our separate ways and remain friendly, without the stress factor of living together,” Mark told The Sun.

Mark and Katie, who are second cousins, are remaining amicable and just want what’s best for their son moving forward.

“My only concern is that Scott’s good with him, which he appears to be. We’ve started speaking and are beginning to chat more and more,” Mark added.

Mark Labbett to meet ‘the other man’

Katie is planning to introduce Mark and Scott properly soon.

She said: “I want everyone to know what’s what and that we are all happy. I just want Mark to be happy.”

There are no plans for divorce, with Mark explaining that will only happen if one of them wants to re-marry.

While Katie is keen to settle into a proper relationship with Scott, Mark is in no rush to find love again, insisting he is happy on his own.

The unconventional couple’s marriage hit the headlines in March 2019 when it was reported Katie had gone on holiday with Scott.

There were claims the pair had been seeing each other behind Mark’s back for a year.

Read more: QUIZ: How well do you know Bradley Walsh?

Mark says now that when he found out, he’d had an inkling that something was going on.

A source at the time said: “Scott and Katie have been seeing each other since 2017.

“He introduced her to friends in December that year.”

Katie has now explained that she was lonely when they met, with Mark working away a lot and her having no friends where they live.