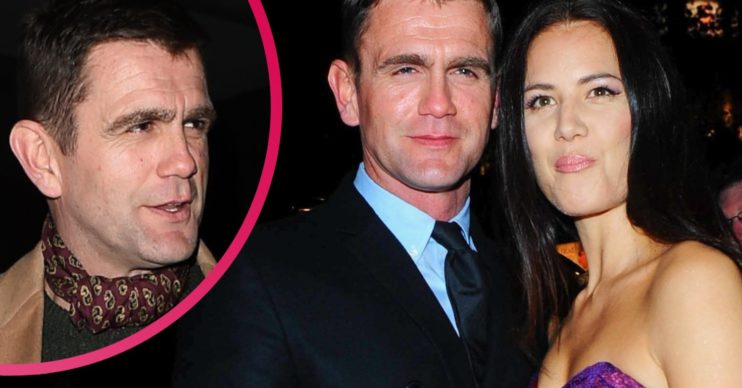 Scott Maslen blew social media fans away with the sight of his sculpted body on Instagram.

The former EastEnders star, 49, shared a short clip recently to mark a special date with his wife Estelle Rubio.

And as well as his ripped muscles, Scott served up another treat for his admirers by presenting his other half with an unusual gift – the chance to kick him in the face.

Scores of his followers thought his larking about in the video was hilarious. And many showed how they felt by leaving lots of crying laughing emojis in the comments section of his post.

But many more were stunned at Scott’s physique – and couldn’t resist letting him know they were impressed.

Dozens added heart and flames emojis to make it clear they approved at the trim condition the Jack Branning actor keeps himself in.

And even more left appreciative remarks, gushing over the soap hunk.

“Looking incredible Jack! Not easy to look that fit!” one fan complimented him.

“Erm look at Jack Branning,” understated another person, alongside a heart eyes emoji.

And another observer contributed: “I can’t take my eyes off your abs.”

Scott himself teased the action as containing something that Estelle had been eagerly anticipating.

“@estellerubiomusic and I 21 years together.”

Scott continued: “She’s been waiting a long time to do this! (Or I’ve been watching too much #mmafighter and #cobrakai)”

He also hashtagged the post ‘#karategirl’ and ‘#anniversarygift’ and noted they had dinner at a local cafe.

The video itself showed Estelle performing a high kick and Scott pantomiming as if knocked out by the blow.

Scott’s larking about with Estelle also entertained fans, with a couple of celebrity pals also weighing in.

Scott responded to her: “Love you beautiful girl and family.”

There were plenty of EastEnders friends in attendance when Scott and Estelle got married, too.