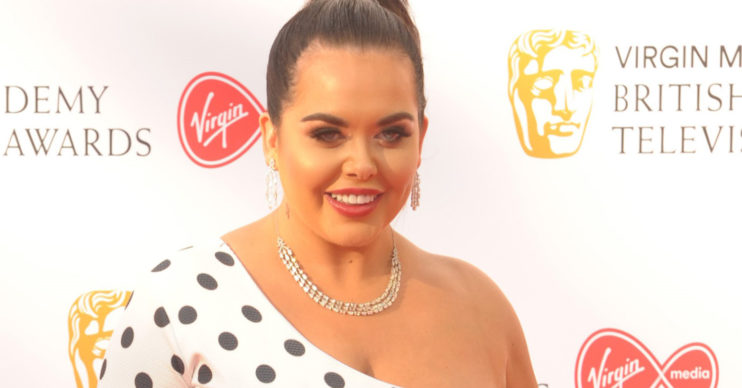 It's with her boyfriend!

TV’s Scarlett Moffatt has landed her own conspiracy theory podcast on BBC Radio 1.

The former Gogglebox star and her police constable boyfriend Scott Dobinson will be debating “everything from aliens to the Illuminati to mermaids”.

The 30-year-old Geordie will try to convince her “non-believer” partner that some of the conspiracies could be real.

Scarlett – who was crowned Queen of the Jungle on I’m A Celebrity in 2016 – teased that she and beau get in some “fun debates” on the podcast.

“I’m in my element on this podcast as we cover everything from aliens to the Illuminati to mermaids.

“My boyfriend Scott is a non-believer so there’s some fun arguments – sorry, debates.”

What has fans said?

Fans were thrilled on Instagram, with one person saying: “I actually cannot wait for this Scarlett.”

My boyfriend Scott is a non-believer so there’s some fun arguments.

The couple have been an item since last year and now live together in County Durham.

Meanwhile, the podcast announcement comes after it was confirmed that ‘British Tribe Next Door’ is to return – without Scarlett.

The programme saw the reality star and her family live in a replica of their County Durham home in a Namibian village in rural Africa.

Read more: The British Tribe Next Door ‘returning without Scarlett Moffatt’ after backlash

However, it sparked huge debate and complaints of cultural insensitivity and racism last year.

Now, producers are on the hunt for a new famous family to take part later this year as Scarlett doesn’t want to do it again.

A source told The Sun: “The programme inspired debate among viewers about whether it was patronising and exploitative or an interesting test of what happens when different cultures combine.

“So producers were keen to repeat it.

“But with Scarlett ruling herself out, they are looking for another celebrity family who could take part.”