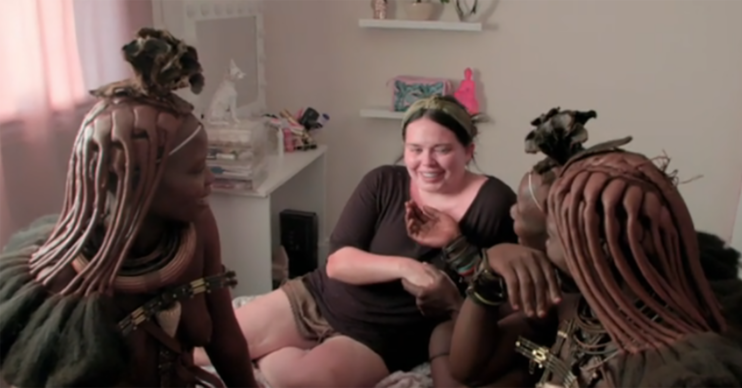 The British Tribe Next Door ‘returning without Scarlett Moffatt’ after backlash

The British Tribe Next Door is reportedly set to return but without Scarlett Moffatt.

The programme saw the former Gogglebox star and her family live in a replica of their County Durham home in a Namibian village in rural Africa.

However, it sparked huge debate and complaints of cultural insensitivity and racism last year.

Despite the criticism, producers are reportedly keen to capitalise on how much the show was talked about and make a second series.

They are on the hunt for a new famous family to take part later this year as Scarlett doesn’t want to do it again.

A source told The Sun newspaper’s Bizarre TV column: “The programme inspired debate among viewers about whether it was patronising and exploitative or an interesting test of what happens when different cultures combine.

“So producers were keen to repeat it.

“But with Scarlett ruling herself out, they are looking for another celebrity family who could take part.”

Ent Daily has contacted reps for Channel 4 for comment.

The 30-year-old star previously admitted she felt she had learned a lot from taking part in the show.

They claimed the show was racist and offensive – and it had changed her and her family’s outlook on life.

What did Scarlett Moffatt say about The British Tribe Next Door?

Scarlett previously said on This Morning: “It’s such a sense of community there, like going to get wood and cleaning, everything’s done as, like, a family and as a whole.

“Whereas they found us very, sort of, isolated and I know we would say we’re very independent but yeah.

“It’s really changed our outlook. I thought we were the County Durham Von Traps.

“I thought we already spent loads of time together but being there’s made me realise, actually we don’t and we could spend loads more time together.

“We went there in May and we’re still having more meals together.

“I’m just careless. It doesn’t sound like a big thing but on shows now, I’m getting the tops of my arms out sometimes.”