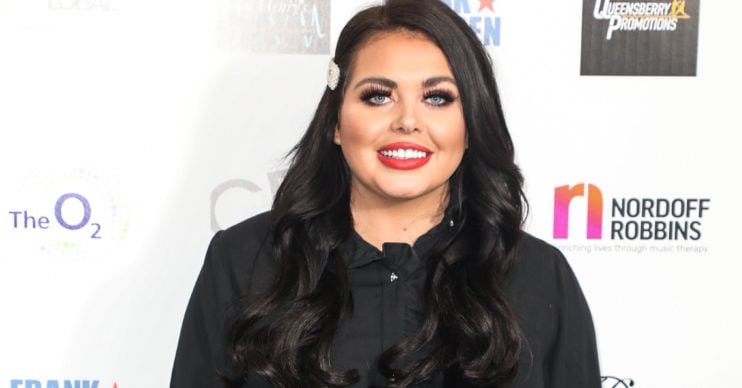 TV’s Scarlett Moffatt has revealed that the trolling she received got so bad she used to call the Samaritans.

She would talk to someone about how the abuse was making her feel.

The former Gogglebox star and I’m A Celebrity winner, 29, received many horrible comments about her appearance.

Can you imagine working any other job and getting this much hate?

Speaking to Kate Thornton as part of her White Wine, Question Time podcast, Scarlett said: “I was getting loads of stick.

She added: “Can you imagine working any other job and getting this much hate?

Hi my names Scarlett I have boobs, hips and cellulite but am I gonna stop that from taking a photo and posting it for all to see…… no!! Feeling brave (maybe it’s the Prosecco and fact I’m with the family) #bodyconfidence #love #body

“If I was sat in an office and other employees were e-mailing me, ‘You’re a fat mess.

Comments about her appearance

“‘You shouldn’t have the job that you have, what have you done to deserve this,’ something could be done about it.”

On calling the Samaritans she said: “I’d give a fake name and I’d chat for 15 minutes. It actually really, really helped.”

Scarlett now has a way to deal with any trolls who send her negative comments or abuse – she sends them the number for the Samaritans and asks if they are okay.

“I think ‘God, how must they be feeling to have so much hatred towards someone they have never met?’,” she explained.

“99% of the time they apologise and say they just wanted a reaction, or say themselves they’ve had a crap day.”

Read more: Michael Buble gives fans a rare glimpse of daughter Vida as the pair sing together in lockdown video

Scarlett was working in Asda when she got the opportunity to appear on Gogglebox alongside her parents in 2014.

Although her witty one-liners earned her a large fan base, the trolling started too.

“Immediately, I started getting really horrible messages about how ugly, fat and stupid I was,” Scarlett told Grazia Magazine.

“All of a sudden, all of these people, who didn’t even know me, were forming opinions about me from five minutes on a half-hour show.”

Scarlett went on to win I’m A Celebrity in 2016 before landing a job presenting on Ant And Dec’s Saturday Night Takeaway.