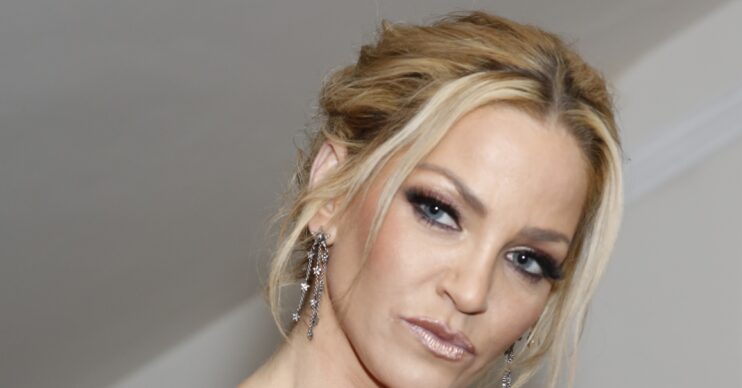 Sarah Harding tribute: ‘We mourn someone who has soundtracked our lives for 20 years but had so many dreams to fulfil still’

“The news of Sarah Harding’s death may not have been a surprise to many of us but it still broke the hearts of those who loved and cherished her.

After her year-long battle with cancer, the Girls Aloud star died peacefully, almost exactly twenty years since she first burst into our lives on Popstars: The Rivals!

In a statement her mother Marie said: “It’s with deep heartbreak that today I’m sharing the news that my beautiful daughter Sarah has sadly passed away.

“Many of you will know of Sarah’s battle with cancer and that she fought so strongly from her diagnosis until her last day.

“She slipped away peacefully this morning. I’d like to thank everyone for their kind support over the past year.

“I know she won’t want to be remembered for her fight against this terrible disease – she was a bright shining star and I hope that’s how she can be remembered instead.”

First and foremost, let me get this straight. I am not one of those journalists who claim to be best friends with a star just because I breathed in their air for five minutes at some event!

During my time at OK! I met and worked with so many stars who came in and out of my life.

But my most cherished experiences were working with the beautiful and talented ladies from Girls Aloud.

Not just doing promo fluff like most journos, but working with them on personal projects like weddings, at homes, introducing boyfriends and romantic getaways.

Of the five, it was Sarah I got to know best and developed a casual friendship that spanned my time at OK! up until her diagnosis in April 2020.

I will admit that the news of her death has really hit me hard as all I can recall is the laughter and joy we had on those manic shoots we did together and angrily think how cruel life can be.

One of joyous memories that springs to mind is when Sarah and her ex Tom Crane and the OK! team set off to Paris for a romantic getaway shoot.

Driven around in a rickety old van, we speedily set up shots at various famous parts of the city trying to avoid the local police catching us snapping away without a permit.

Sarah and Tom loved our renegade ways and had such a laugh as they hot footed it across the Champs Elsysee for the cover page, trying to keep one step ahead of the cars roaring by.

But not all our shoots were as frenetic.

Others were calmer and more intimate which gave Sarah the chance to open up about more sensitive issues. And boy did she.

She was certainly no stranger to wearing her heart on her sleeve and that’s what made her so very loveable and endearing.

Sarah Harding was a complex character

Sarah Harding may have had a party girl image but she was actually a complex, introspective character.

She enjoyed a good time like the best of us and was papped doing so.

But as she got older she became more of a homebody and preferred to be tucked up at home surrounded by her beloved pets.

A few months before her diagnosis we had late night chats about her plans and how she had been looking forward to working on more solo music, dreamt up a TV format for Girls Aloud’s future return and even considered taking part on Dancing On Ice (she was a nifty skater when she was young).

She also said she had fallen in love again with the Blues music her dad had brought her up on.

Sadly, cancer got in the way and due to the seriousness of her condition, her plans were cruelly nixed.

So many dreams to fulfil

Now today we mourn the loss of a woman who had achieved so very much, touched so many hearts but still had so many dreams to fulfil.

Life is unfair. Life is cruel and I feel angry that someone so fabulous has been taken away from us so soon.

As Girls Aloud fans, we mourn someone who has soundtracked our lives for 20 years and feel the loss hard!

But let’s all spare a thought for her grieving mother Marie, her Girls Aloud sisters Kimberley Walsh, Cheryl, Nicola Roberts and Nadine Coyle and the friends and workmates who knew the real Sarah. The loss for them will be so very much harder.

Once the mourning period passes, we at least can be happy to know that we still have the music of Girls Aloud and their iconic TV moments to ensure that Sarah’s memory lives on forever.

Leave your tributes for Sarah Harding on our Facebook page @EntertainmentDailyFix.