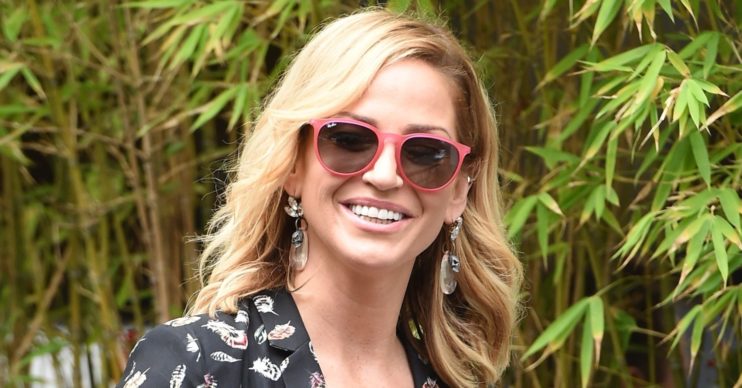 'It might sound morbid, but it’s hard not to at this stage'

Just months before her death, the 39-year-old Girls Aloud star opened up on the funeral plans in her autobiography, Hear Me Out.

The singer chose to pen the book shortly after being diagnosed with an aggressive form of breast cancer last year.

What did Sarah Harding say about her cancer battle?

In the tell-all book, Sarah revealed the truth of her cancer battle.

Furthermore, she opened up on the plans for her funeral after coming to terms with her diagnosis.

She wrote: “It’s strange, I keep thinking about funerals at the moment.

It’s strange, I keep thinking about funerals at the moment.

“It might sound morbid, but it’s hard not to at this stage: cemeteries, plots, burials, what kind of send-off I’d like and how it would all go. It’s all there front and centre in my mind.”

In addition, she said: “I’ve also thought about an epitaph for my grave. I’m thinking ‘FFS’ might be a good one. It’s probably been my most used phrase throughout this, with one crappy event following another.”

The singer also revealed she would love to throw a party “as a way to say thank you and goodbye”.

Meanwhile, Sarah previously revealed last Christmas (2020) was likely to be her last.

It came after a new tumour had been found on either the base of her spine or on her brain.

She has also ruled out radiotherapy because it meant she would lose her hair and there are “no guarantees” at the end of it.

Marie penned: “It’s with deep heartbreak that today I’m sharing the news that my beautiful daughter Sarah has sadly passed away.

“Many of you will know of Sarah’s battle with cancer and that she fought so strongly from her diagnosis until her last day.”

In addition, it read: “She slipped away peacefully this morning. I’d like to thank everyone for their kind support over the past year.

“I know she won’t want to be remembered for her fight against this terrible disease.

“She was a bright shining star and I hope that’s how she can be remembered instead.”