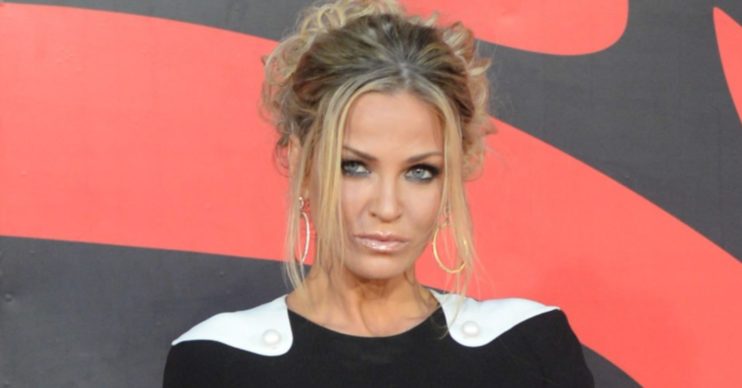 She discovered the old track while doing research for her book

In positive news for Sarah Harding fans, the singer is releasing a never-before-heard song to raise money for charity.

The Girls Aloud star, 39, has been receiving treatment for advanced breast cancer at Manchester’s Christie Hospital.

Now, Sarah is releasing a previously unheard single to raise cash for The Christie NHS Foundation.

Sarah Harding news: Plan to release Wear It Like A Crown

She recorded the song, Wear It Like A Crown, 10 years ago and rediscovered the track when she was doing research for Hear Me Out, her new autobiography.

She had always loved the song and asked her team if there was any way to release it for fun.

It read: “Sarah was going through her archives while writing her book, Hear Me Out, and came across the song Wear It Like A Crown, which she had recorded a decade earlier.

“She had always loved the song and asked her team if there was any way to release it for fun. Any profit from the single release will go to The Christie NHS Foundation, [which has] taken such brilliant care of Sarah and many others.”

Wear It Like A Crown will be available on music streaming services from midnight tonight (Wednesday, March 24). Fans can also download it on iTunes.

Sarah revealed in August last year that doctors had diagnosed her with secondary breast cancer. Sadly, she revealed more recently that the disease had spread to her brain, spine and lungs.

In her book, Hear Me Out, Sarah explained how doctors gave her the devastating news that Christmas 2020 would likely be her last one.

Wear It Like A Crown follows Girls Aloud’s song, Hear Me Out, climbing up the charts again.

In her book, Sarah opened up about plans for her funeral.

She penned: “It’s strange, I keep thinking about funerals at the moment. It might sound morbid, but it’s hard not to at this stage: cemeteries, plots, burials, what kind of send-off I’d like and how it would all go. It’s all there front and centre in my mind.

“I’ve also thought about an epitaph for my grave. I’m thinking ‘FFS’ might be a good one. It’s probably been my most used phrase throughout this, with one crappy event following another.”

Elsewhere, Sarah explained how she would love to throw a party to say “thank you and goodbye” to her loved ones.