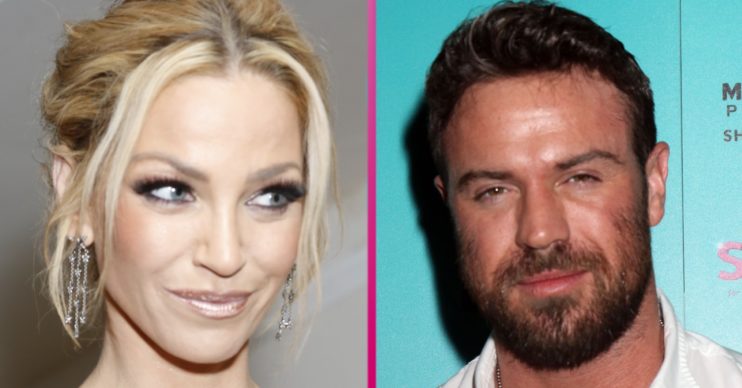 Chad says his mother went through the same thing

And now her ex has broken his silence on her devastating cancer diagnosis.

The former Bachelorette contestant, 33, said he is saddened by Sarah’s news.

Speaking to the Mail Online, he said he is “praying” for her recovery.

Sarah Harding had a brief romance with Chad

He also said he lost his own mother to breast cancer.

Chad said: “Sarah always reminded me of my mum and my mum went through the exact same thing.

“It sucks, I am hoping and praying the absolute best for her because I know how difficult the situation can be.

He added: “I know what Sarah is going through, I mean, I have seen it from day one to the very end and I just hope that she can recover.”

Sarah shared on Instagram last week that she was diagnosed with breast cancer earlier this year.

The former Girls Aloud singer also said that it had spread to other parts of her body.

Now at an advanced stage, Sarah says she is doing her very best to stay positive.

Read more: Katie Price compares her scarred feet to something out of a horror movie

Addressing her 217,000 Instagram followers, her statement read: “Earlier this year I was diagnosed with breast cancer and a couple of weeks ago I received the devastating news that the cancer has advanced to other parts of my body.

“I’m currently undergoing weekly chemotherapy sessions and I am fighting as hard as I possibly can.”

Chad and Sarah met on 2017’s Celebrity Big Brother. They enjoyed a romance on the show and Sarah went on to win the series.

Their romance is thought to have fizzled out a couple of months after the series ended.

Chad was recently asked during a live Instagram Q&A about Sarah and her diagnosis.

It sucks, I am hoping and praying the absolute best for her because I know how difficult the situation can be.

He said he had not been in touch, but he wished all the very best for her.

Sharing with his 231,000 fans, he wrote: “Some people don’t want anyone making a fuss and I think that’s why Sarah’s avoiding being on social media. She will want to maintain who she is and not become the sick person.

“I know my mum was very private and she didn’t want anyone to see her or talk to her or know her condition because she wanted people to see her as healthy and beautiful.

“My mum passed aged 63 right before my first show on The Bachelor. She went through it for seven years, I’m sure this is something Sarah and I spoke about.”

Since competing on CBB, Chad has appeared on the reality show Ex On The Beach in the US.